As with the independent convenience grocery sector, local pharmacists face threat from out of town supermarkets and the large high street pharmacy chains.

Despite losing a lot of retail business to these larger organisations, Turlough Hamill who runs Hamill’s Pharmacy in Portadown is more than holding his own thanks to a focus on flexibility and first class customer service.

Hamill’s Pharmacy has been in business for more than 20 years since Turlough’s mother purchased the business in 1990.

The business has relocated a handful of times due to a bomb in 1993 which saw the Hamill’s move to a temporary building until moving to purpose built premises in 2000 which Turlough – who has been in the business for five years – and the team operate from today. 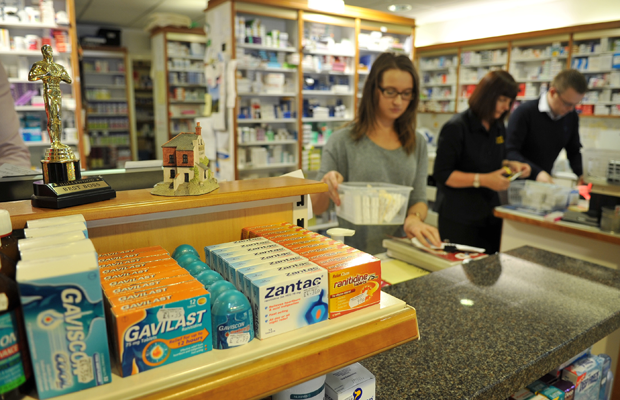 Not a business to stand still, Hamill’s is currently working on the construction of new bigger premises opposite the current site and is working in conjunction with Portadown 2000 to help revitalise the town.

Aside from the daily challenges of being a high street business, Hamill’s – like pharmacies across Northern Ireland – have been affected by the on-going contractual negotiations with the Department of Health regarding the Community Pharmacy contract. 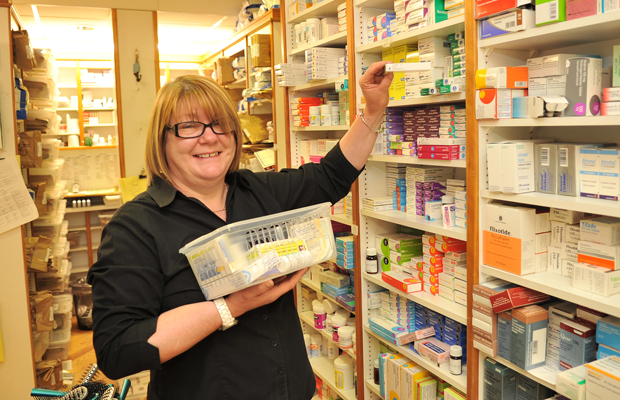 Presently in the sector we have been facing a trying time especially with Community Pharmacy contract issue so in terms of the NHS side there has been a degree of uncertainty in the past number of years,” explained Turlough.

“Financially it has been exceptionally tight over the past number of years but we are making progress now with the contract negotiations and that should be easing over the coming period.”

Turlough explained that how the retail side of the pharmacy has changed immensely over the years.

“Retail is becoming more specialised. It’s about finding your own niche as the traditional retail side is catered for by some of the multiples. Irrespective of price or promotions, it’s difficult to sell what most people now deem as typical grocery items.”

“On the retail side, it’s about finding areas where you can surpass the multiples and convenience sector in the advice you can give via training of staff and personal  service – so there’s less emphasis on the price dependent items.” 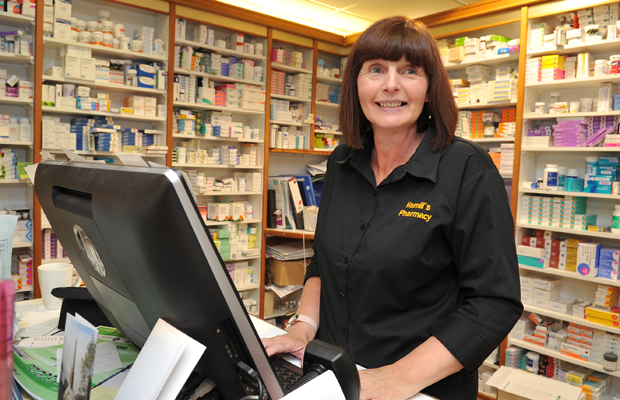 Turlough explains how Hamill’s continues to retain a certain amount of ‘bread and butter’ lines but is focusing more on providing services such as weight management, smoking cessation, etc.

Hamill’s business is 95 per cent NHS as within a small town which has 12 pharmacies, discounters, a Tesco and Asda, retail lines are not going to be a footfall driver.

“There are some pharmacies that will still focus on retail items but for the margins that are available, we have actively tried to move away from retail and more towards items such as dressings, foot care – things people want advice about.”

He added: “My perception is that if you are trying to compete head to head with the multiples on your grocery lines, you are heading down the wrong path.  Speaking for myself as someone that owns a pharmacy, there are times when I am out doing my groceries and I need toothpaste, I’ll pick it up in the store like everyone else so as a pharmacy it’s hard to contend with.”

To compound matters, Portadown is a town that has hit hard times in recent years. Shop vacancy rates and at the wrong end of the scale and it is an area that needs to see much regeneration.

Key properties in the town that were once owned by the now defunct Thornton Trust are currently lying empty or unfinished and surround Hamill’s. Another detrimental impact on the town has been the reportedly aggressive nature of the ‘red coats’ who have driven a lot of customers away due to parking fines. Many retailers in the town have cited this as having a major impact on business.

“Many of businesses in the town have moved out of due to the parking wardens as their customers have nowhere to park. Out of towns have control of their space when it comes to parking which isn’t possible on the high street.”

Not being defeatist, Turlough admits that many small independents we have been traditionally insular in their attitude to business but now realise that they have to pull together and work to help revitalise towns like Portadown.

“We can’t compete head to head with large out of town developments so we need to differentiate,” he said.

“Look at Banbridge; it has managed to remain vibrant with strong independent shops and we need that kind of focus here in Portadown. As independents we have to adapt, that’s what the multiples do. We need to be more flexible and provide a better service to our customers.”