Since opening in February 2019, Grill’d has been transforming the takeaway scene in North Down. Here, NR talks to co-founder Chris Ng on what it means to run one of Bangor’s best-loved food-to-go businesses.

Located in a retail complex on the Rathgael Road in Bangor, Grill’d is the go-to takeaway of choice for 18-30 year olds since opening last year. The brainchild of two entrepreneurial Bangor brothers Gavin Stevenson and Chris Ng, in just under 18 months, the brand has received almost cult like status among its young, trendy followers.

The concept for Grill’d is simple – chicken breast, thigh or wings, marinated in any one of the brand’s eight signature sauces and served by itself, or on a bun, pitta or wrap. The menu is streamlined but customers can fully customise their order by adding a range of toppings and sides.

“The takeaway industry in Northern Ireland is quite similar across the board. We wanted to bring a product to the market that was completely different,” says owner Chris.

What sets Grill’d apart is a threefold formula, bringing together the freshly made product using quality ingredients, presented in sleek and sustainable packaging, finished off with excellent customer service. 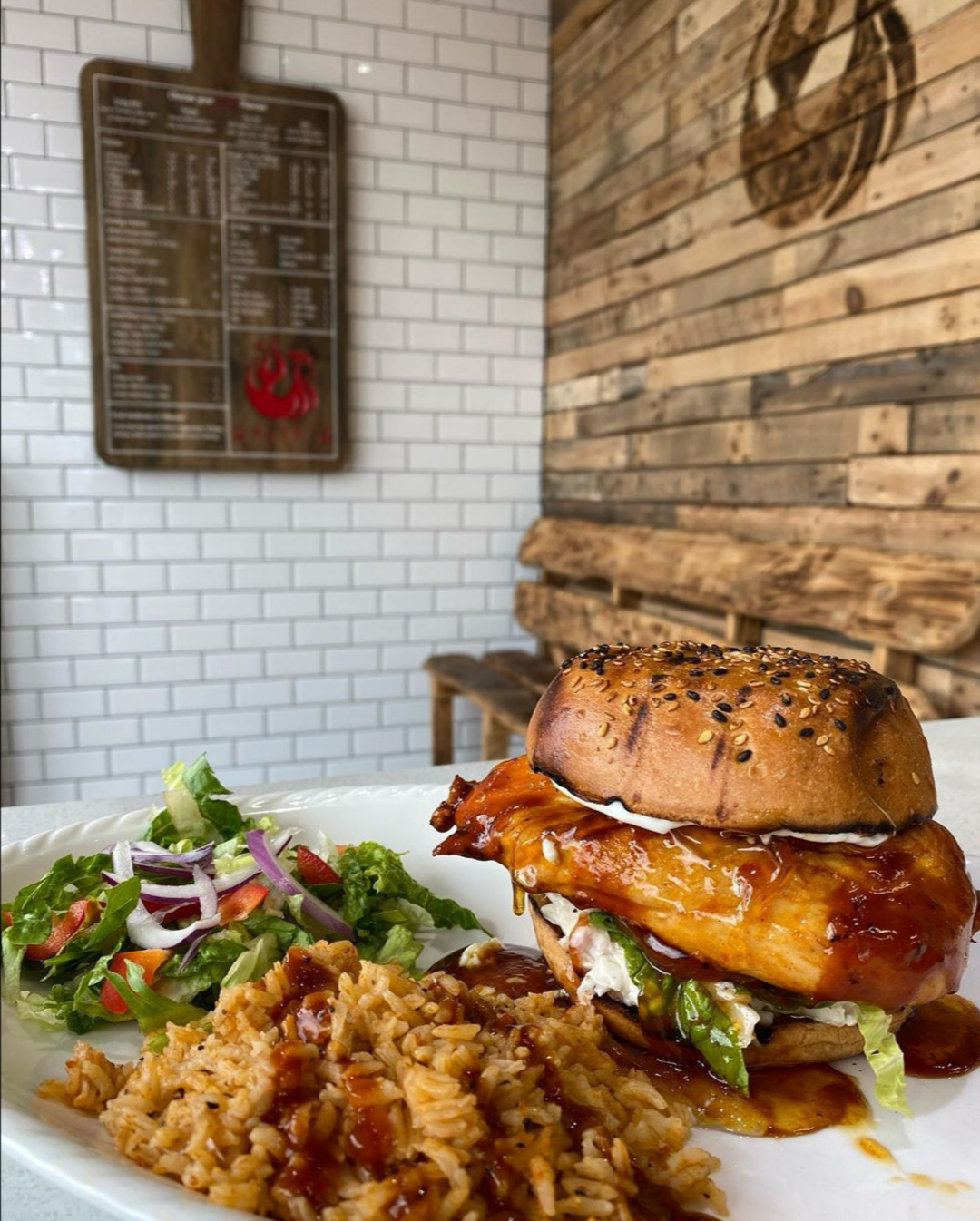 “I come from a customer service background and the customer journey was always something that was very important to me when we were setting up Grill’d,” says Chris. “We wanted to create more of a customer experience rather than a quick interaction without any personality.”

Chris and Gavin first floated the idea of going into business together when their parents retired 10 years ago and were seeking a buyer for the family’s takeaway business. Having grown up in the industry, the brothers were keen to follow in their parents’ footsteps and carry on the business for the next generation.

“Our parents didn’t encourage that idea as they felt we didn’t have the relevant experience at that time and they also didn’t want us to be locked into long hours and all the responsibility that comes with running your own business at that age.”

Instead, Gavin moved to London and worked his way up to a head chef position before taking on the role of regional manager for a catering company which supplied local schools. Meanwhile Chris relocated to Edinburgh and spent a lot of his spare time travelling Asia and North America.

“During that period we really got to broaden our culinary horizons, experiencing new tastes from all around the world,” says Chris. “Within my family food is at the forefront of what we enjoy and if we aren’t buying it, we’re making it ourselves.”

In 2018 Chris developed an early prototype for a food-to-go concept which prompted Gavin to think further into ideas and move home from London. Together with their father, the family launched Grill’d.

“We weren’t too sure how people would receive us and respond to the product because no one really in the takeaway market in Northern Ireland had taken the leap to try and bring something different, well not in a small town like Bangor anyway. Initially we got a lot of organic footfall from our location beside the Spar and it just grew from there.”

Customers have also helped to get the word out by posting photographs of their meal on social media, in particular Instagram.  Customers had also been receptive to competitions ran regularly on Facebook.

“Our product is very instagrammable,” says Chris. “It’s become a bit of a trend to get a Grill’d, certainly among a certain demographic.”

Part of what makes the product so attractive is the packaging. Prior to launching, Chris and Gavin visited China to personally design and create what would become their takeaway boxes. The packaging is also fully recyclable, something which again is popular with the brand’s target market. 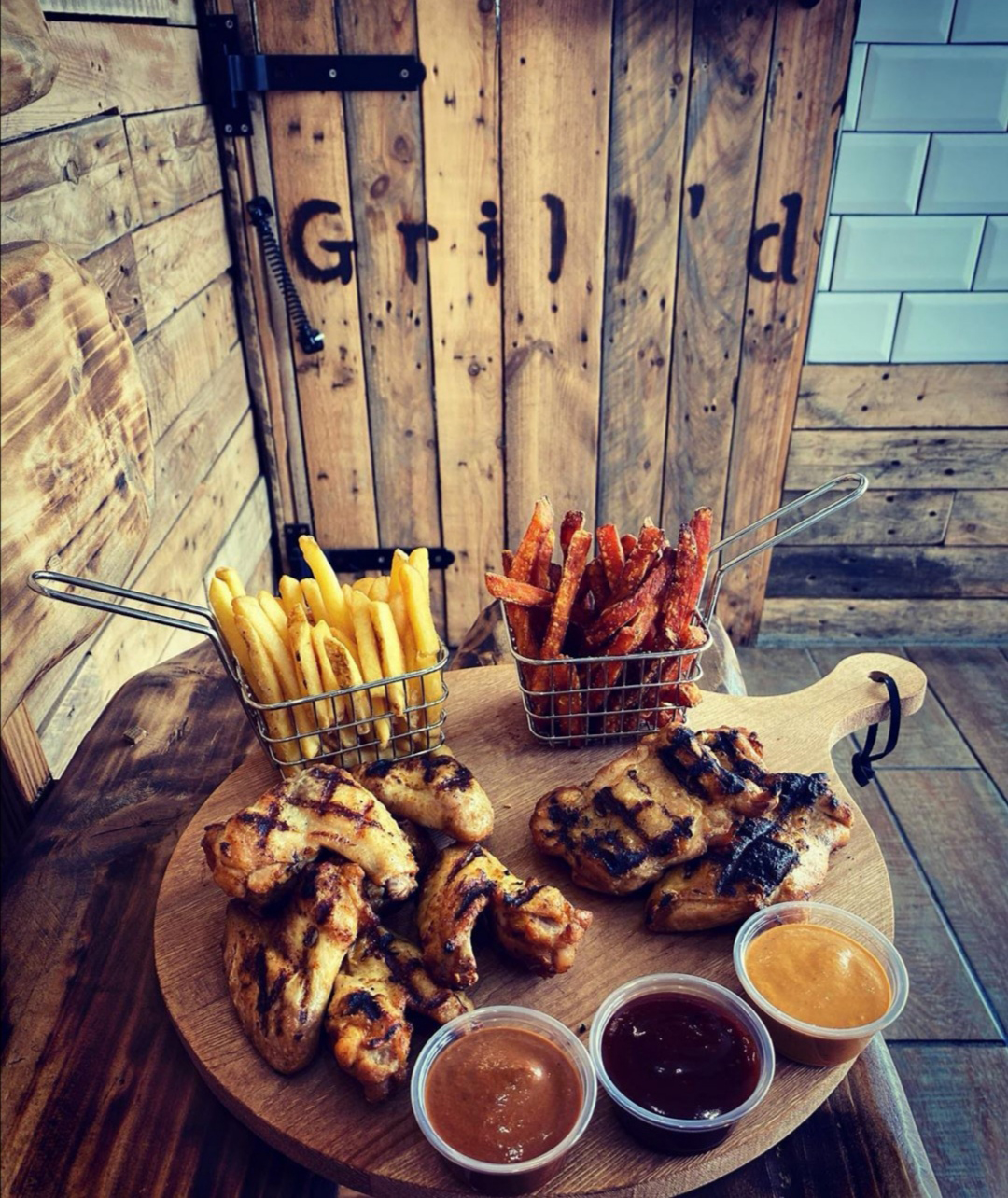 Finding the right staff has also been instrumental to driving the business forward and encouraging brand loyalty.

“Initially when we bring people into the company we try to put it out there vocally that there are three very important elements to our business,” says Chris. “It’s about transferring our passion for the product to them. Once the new staff come in and see other staff being as passionate as us then they tend to follow suit.

“We also have a great rapport with our customers and there’s lots of laughs with it being an open kitchen. Our customers come in on a weekly basis and over time that relationship builds up; they’re interested to find out how we’re doing and we’re interested to see how their week is going. It’s a good environment for the customers but it’s also a nice environment to work in.”

While Chris wouldn’t necessarily classify Grill’d as a ‘healthy takeaway’ due to the range of options available on the menu, customers are assured everything is made in-house from high quality ingredients.

“Everything that we sell is fresh, and we buy the best quality ingredients. Customers know when they order from us they’re getting a Grade A product,” he says.

As for the future, the brothers are hoping to bring the Grill’d concept to a high traffic area in Belfast.

“We’ve had proof of concept now and it has given us the confidence to expand into the city.

“It’s the product as a whole; if it was missing any element of the three main things then it wouldn’t function the way it does. No part is more important than the other, all three aspects are what make us what we are at this moment in time.”