There have been stark warnings issued that Northern Ireland businesses will close if the UK Government does not reconsider its energy support package.

The current scheme is set to run out in March, and businesses have been given details of how the new ‘energy bills discount scheme’ will differ from the present arrangement.

At present, the government has capped gas and electricity bills for companies, meaning that if prices rise above a set amount, the additional costs are bore by the state. However, the new scheme, which comes into effect in April, will apply a discount to wholesale energy prices. This means that if the wholesale prices rise, the business must deal with that. 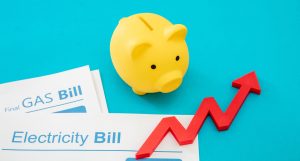 In a statement on its website, the UK Government said it had been “clear” the current scheme would not run indefinitely.

“The government has been clear that such levels of this support, unprecedented in its nature and huge scale, were time-limited and intended as a bridge to allow businesses to adapt. The latest data shows wholesale gas prices have now fallen to levels just before Putin’s invasion of Ukraine and have almost halved since the current scheme was announced,” read the statement.

It added that businesses in sectors with particularly high levels of energy use and trade intensity will receive a “higher level of support”.

However, the new support package has been deemed “inadequate” by Retail NI, who described it as “poorly targeted and ultimately pointless” as local shops and many other businesses face a massive hike in energy costs from this April.

The government is currently reducing business energy bills by effectively controlling the wholesale price, that is the main component of businesses’ energy bills. After “extensive consultation”, the government will be moving away from this model in April and instead providing a subsidy to electricity bills of 1.96p per kilowatt hour for all business customers paying over a minimum rate.

Chief Executive of Retail NI, Glyn Roberts said: “The new package of business support is woefully inadequate. By moving to a subsidy on energy bills and failing to target specific sectors or those worst affected, the government has spread support over every type of business, the result being a level of subsidy that is ultimately pointless. 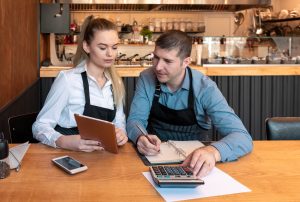 “Make no mistake, local shops will go out of business if the government does not rethink its approach before April. Retailers who struck contracts at the peak of the wholesale energy price will still see their bills quadruple even with this meagre support, blowing their commercial model out of the water.”

Mr Roberts said that while English independent retailers receive 75% discount on their rates bill, their Northern Ireland counterparts “are getting nothing”.

“In Northern Ireland the problem is much more acute. Our members are not getting the same level of Business Rates Relief the rest of the UK is getting.

“It is not too late for the Chancellor to reconsider the support he is offering, to find practical ways of targeting it more effectively, provide our members with the same level of rates relief as England and to save the businesses who he is effectively consigning to closure with his decision,” he added.