Combined with the new look and expanded Go forecourt, the major investment is a boost to the local community and economy.

The investment brings a boost of 12 jobs to the locality and provides enhanced convenience to both local customers in Clogher and those travelling the main Belfast/Enniskillen route. 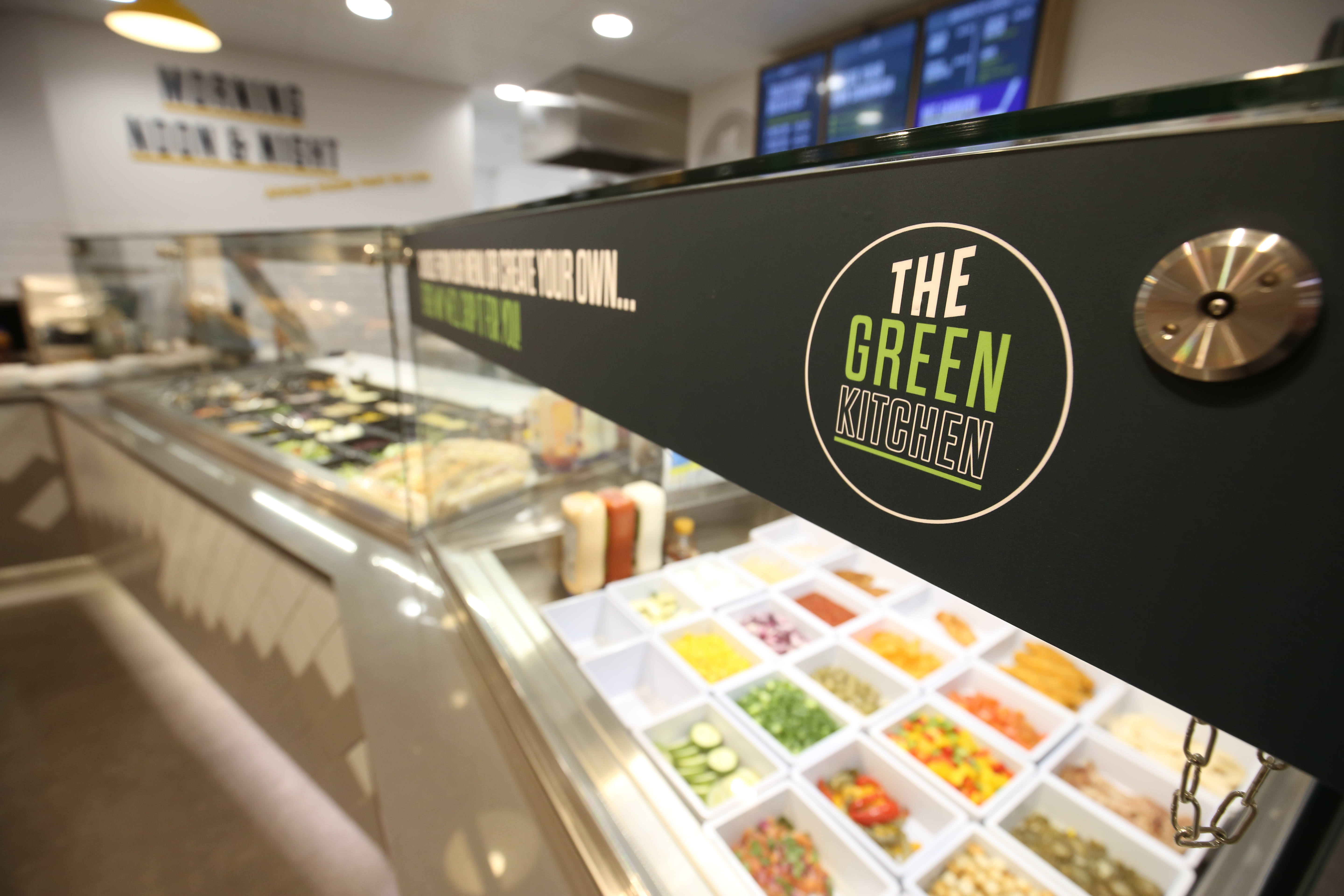 Owned by local retailer John McDade, who also operates Centra Ballygawley, the store is the latest expansion to the Centra NI portfolio.

“It’s been going well since the official opening. It was a long process – phase one took about 11 months, on the forecourt, and then the shop refurbishment followed which took about a year,” explained owner John McDade.

“We continued to trade throughout the refurbishment, which was a major undertaking. It was a four dimensional extension – to the left, the front, out to the rear and also up. All the office space and facilities were moved up to the first floor. Three new toilets were provided as we knew there’d be increased footfall and trade. 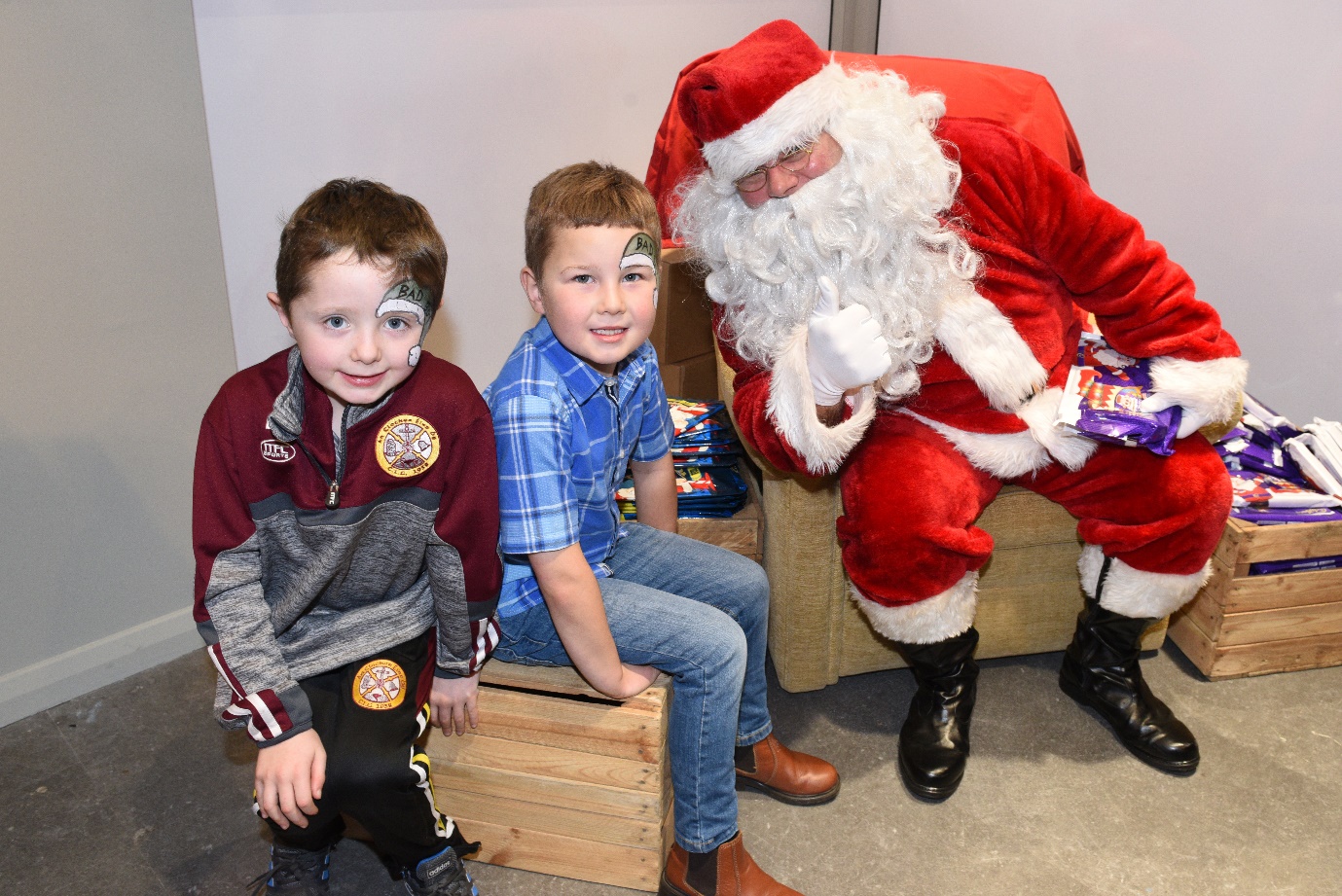 “The deli was extended considerably and a seated area created. Before the refurbishment we had a small off licence area, but that’s been considerably extended also.

“It’s been a great development for the community too – so far we’ve been getting great feedback on the retail development,” said John. “It’s a big plus for the area. The customers are absolutely behind us – they were out in force for the official opening last Saturday.

“Twelve jobs have been created. We’ve recruited some to date and more to be recruited in the coming weeks. For the deli we have a chef, and two full time and two part time staff.

“Our general manager Wendy has been on maternity leave, although we are looking forward to her coming back next year. She managed to miss all the chaos but I must say our staff and customers were fantastic throughout it all. We’re lucky to have a loyal team of staff and our customers acknowledged it was unsettling, so they all pulled together through the upheavals which were helpful”.

He initially took over the site in 2005, converting it to a Centra store in 2007, before this major extension in 2019. The overall result is excellent.

“We’ve brought in the Frank & Honest coffee machines which is a big thing now – it’s Ireland’s largest independent brand of coffee and is going well. 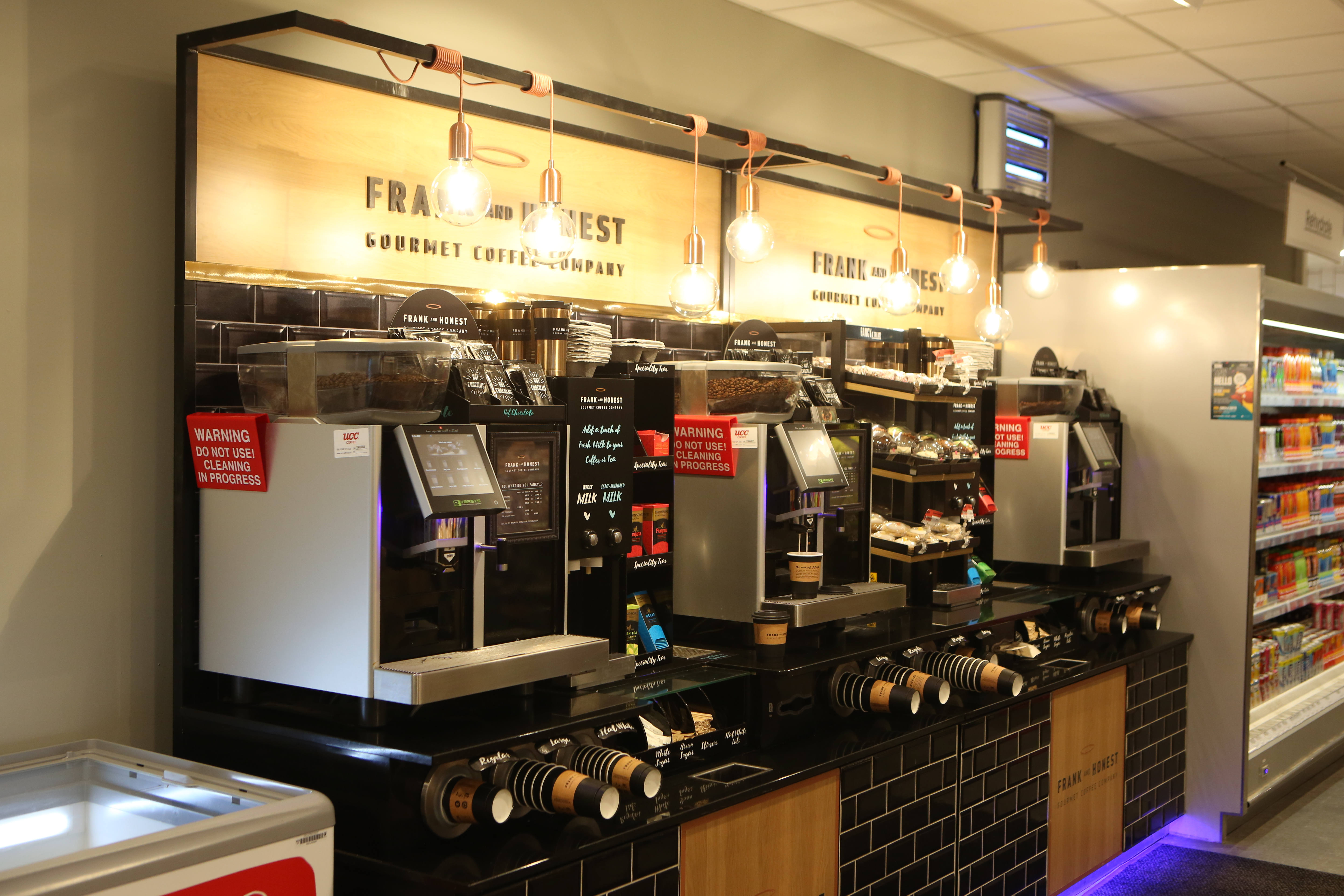 “We’re the first Centra to bring in self-serve tills. I wasn’t sure about this at first and was a bit reluctant as this is a rural area, but they’ve been very well received. Everyone is open to using them, not just the younger people who like to tap and go. At the moment you can’t pay for fuel at the self-serve tills, but it appears that will be coming down the line.

The new seated area for up to 25 people has been bringing people in to the store. John has noticed people using it as a satellite office, not just for meals but somewhere to stop for a coffee, snack and catch up on work with free wifi. Another welcome aspect noticed since the refurbishment is the use of the seated area by football teams coming and going to matches at the weekend, stopping for food and a catch up, so in many ways it’s already becoming something of a s=community space.

“People want and expect free Wi-Fi now and it certainly helps bring people in to the seated area and to use the shop and facilities,” said John. 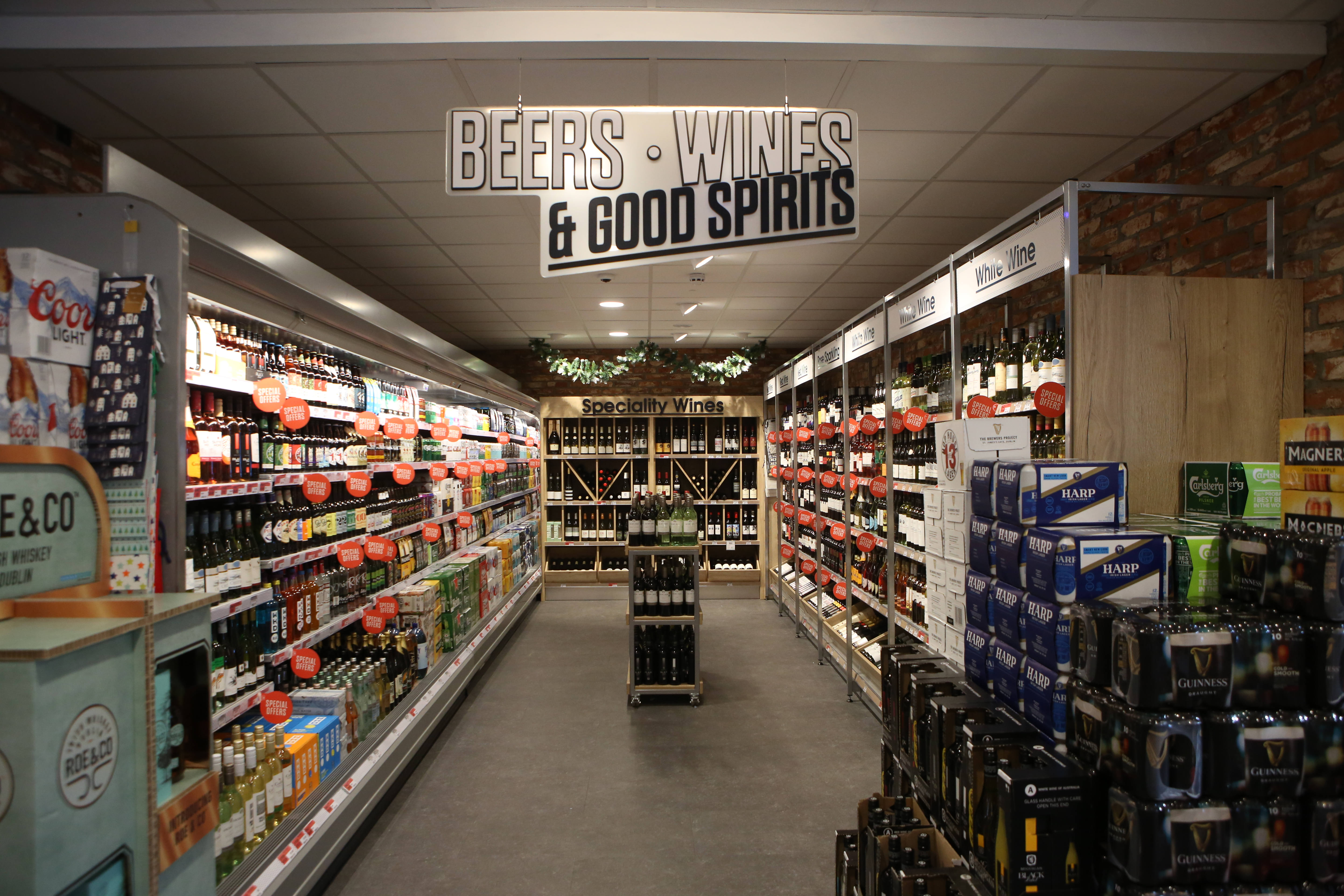 Nigel Maxwell Sales Director for Centra Northern Ireland said “We wish John and his team every success. At Centra, our focus is on redefining convenience – providing our shoppers with a healthier offering and innovative ranges, particularly in food-to go and our Frank and Honest coffee brand.  Centra Clogher is a great example of providing shoppers with what they want – fresh, nutritious, inspiring and delicious food that is quick, easy and offers value for money.”

The bright and contemporary store combines high convenience with an expanded food-to-go offering, boasting a hot and cold deli, a Green Kitchen (Centra’s salad offering) and the introduction of Frank and Honest coffee.  An extended bakery and fruit and veg offering alongside a range of meal solutions and chilled products ensures all mealtimes are catered for.  In addition, the store now boasts a larger off-licence with increased product lines.

For an enhanced shopping experience, Centra Clogher also features self-scan tills, a comfortable seating area and complimentary Wi-Fi to provide customers with a dedicated space to dine-in and take some time out.  Access to the state-of-the-art forecourt site was improved with the introduction of a dedicated entrance and exit while 40 car spaces and six lorry spaces allows for significant parking onsite. 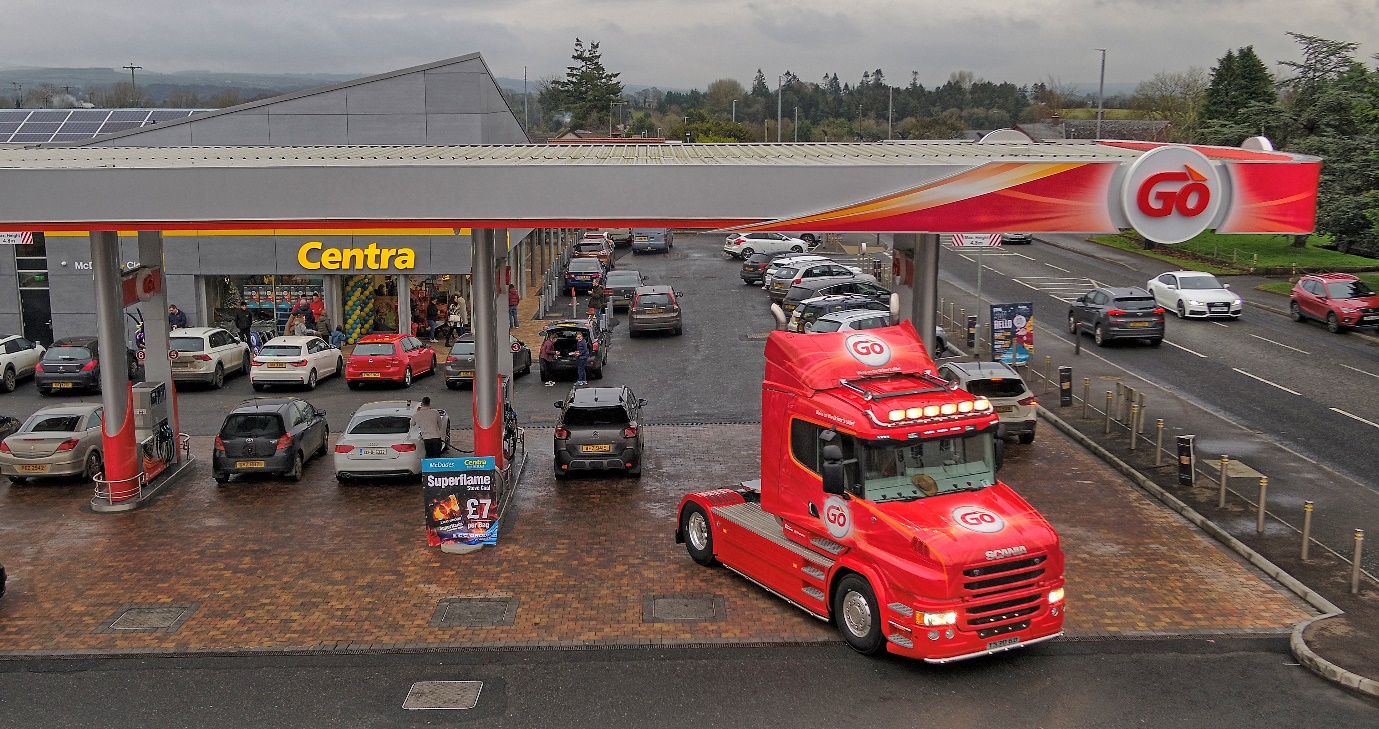 John McDade said he’s not only looking forward to a bumper Christmas, but to a successful year in 2020 and beyond.

“We are delighted with the new look and feel of our store and would like to thank again our customers for their continued support during the refurbishment works.   Our location is ideal for those travelling the busy route between Belfast and Enniskillen and we look forward to welcoming customers instore and providing them with a one-stop shop for modern convenience.”

The major new development promises to cater for every type of customer; from local residents collecting their weekly essentials, to those travelling the busy Belfast Enniskillen route seeking healthy but convenient lunch and dinner alternatives.