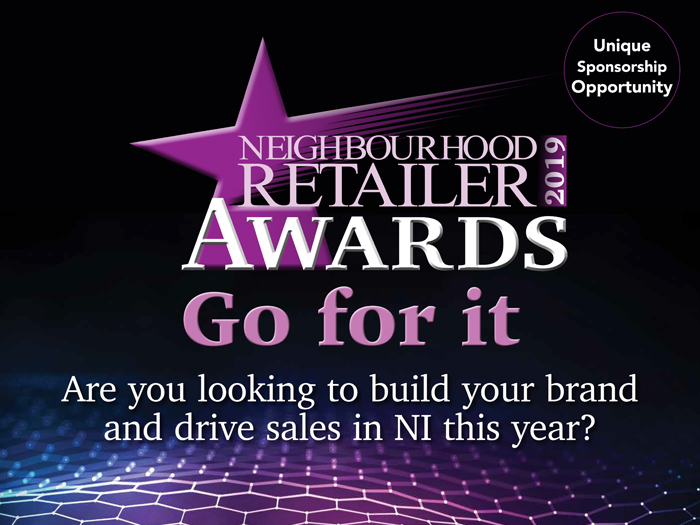 Now in their 21st year the Neighbourhood Retailer Awards have been rewarding excellence in retailing and celebrating success since 1998.

Organised by Northern Ireland’s leading grocery trade magazine, Neighbourhood Retailer, the awards are the focal point of the industry every year in Belfast.

To win a NR Gong is a major achievement and a benchmark of success.

The 2019 Neighbourhood Retailer Awards will be held on Thursday, November 14 at the Crowne Plaza, Shaw’s Bridge, Belfast.

It marks one of the most important days in the local retailing calendar, as retailers from all sectors go head-to-head to win one of the 18 individual categories – including the coveted Retailer of the Year accolade.

Returning for 2019 is the coveted Lifetime Achievement Award, while the hugely successful Community Store of the Year Award, which first launched to great acclaim in 2016, is also back by popular demand.

Independently and rigorously judged by Spotcheck, the Neighbourhood Retailer Awards are widely regarded as NI’s premier awards event for the industry, locally and nationally.