‘One thing after another’ – Retailers frustrated by supply chain issues

The combination of Covid, the ‘pingdemic’, Brexit and the protocol, driver shortages and haulage company hold ups is starting to seriously affect the supply chain – with some independent retailers telling NR how it’s impacting on business.

“If it wasn’t for the local suppliers who have been fantastic, I don’t know what we would have done” one independent retailer told NR. “Northern Ireland suppliers have really stepped up to the mark, and shown us their strength and their worth.”

Another retailer said “It’s just been one thing after another. Every day there’s a different challenge – and we just have to deal with it – these things are out of our control.

The temporary relaxation of drivers’ hours that was due to end has been extended to October. Bringing the army in to manage the driver crisis has even been proffered as an option.

It was recently reported that in GB, the Army has been put on standby to deliver supplies due to a shortage of 100,000 truck drivers.

Around 2,000 army personnel who are qualified HGV drivers are believed to be on a five-day notice to help distribute food and essentials including medicine.

The Westminster Government is set to make a formal plea to the military for help ‘imminently’, with members of the Royal Logistics Corps and other regiments expected to be called upon by the end of September.

The crisis is thought to have been exacerbated by the so-called ‘pingdemic’ which has forced thousands of drivers to go into self-isolation.

However the severe driver shortage pre-dates the pandemic.

Prior to the pandemic, Logistics UK estimated the industry was facing a shortage of 76,000 HGV drivers. However, as a result of Covid-19 – and the subsequent suspension of HGV driving tests – and European logistics workers returning to their home countries as a direct consequence of Brexit, these factors have combined to cause supply chaos.

Factor into this drivers taking their summer breaks. Logistics and haulier organisations said August would be a pinch point, while firms offering bonuses and sign-on fees to recruit drivers were not helping matters. Unite the union accused the government of ‘dragging its feet’ and not showing HGV drivers due respect.

Images of empty shelves in the crisps aisles in Co-op were circulating on social media. Others claiming they had also seen gaps in Sainsbury’s and some items difficult to get in Tesco.

In Northern Ireland, there has been praise for local suppliers who have been doing everything in their power to ensure local independents are well stocked.

Food Fore Ireland’s Debra Johnston said “The resilience of the local supply base has been amazing at the moment. They are keeping stores well stocked. It’s all about building relationships with local suppliers and retailers and the driver relationship is so important – they are the key.

“We know that some distributors have been hit hard by the driver crisis – but we’re also hearing of drivers going out of their way to make deliveries – taking on new routes and doing extra days to make sure deliveries get done.” 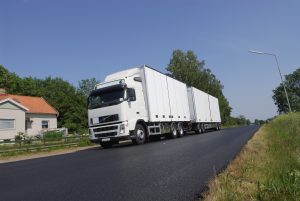 Musgrave invests over £3m in SuperValu stores of the future