Following the recent announcement of the Issa brothers’ plans to merge Asda with their petrol forecourt business, EG, the GMB Union has said the move “isn’t in the interests of workers or consumers”.

It was reported last weekend that Mohsin and Zuber Issa are exploring merging Asda with the EG Group, before EG’s 2025’s £7bn refinancing.

The two businesses are owned by the brothers, following their takeover of Asda in 2020. A consortium of the billionaire brothers and private equity firm, TDR Capital have a majority stake in Asda, after signing a deal valuing the chain at £6.8bn.

By combining Asda and EG Group it is understood the Issa brothers hope to refinance EG Group’s debt on “more favourable terms”. The Times reported that EG Group has £7bn of debt falling due in 2025.

The proposed combination of the two businesses would create a group with 581 supermarkets, 700 petrol forecourts and over 100 convenience stores.

However, it has since emerged that the merger has been met with opposition from unions and regulators, and the GMB Union has made fresh calls for the powers of the Competition and Markets Authority (CMA) to be expanded. 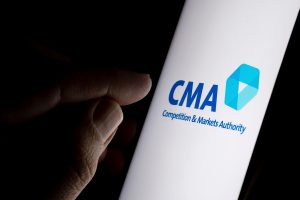 “More and more of our essential household goods – from food to fuel – are controlled by unaccountable private equity backers. This merger isn’t in the interest of the 200,000 impacted workers, or the UK economy, or even consumers.

“It simply suits the debt refinancing arrangements of a private equity firm and their business partners.

“GMB stands on the side of hard-working families in calling for the role of the CMA to be expanded, giving greater regulatory oversight in relation to private equity buyouts and ensuring greater protection of both consumers and workers.”

It has also been revealed that the CMA has launched an inquiry into Asda’s acquisition of the Co-op’s forecourt sites, including one in Northern Ireland. The acquisition was formally completed in October 2022, with Asda now owning the sites, however the deal remains subject to regulatory approval from the CMA.

In a statement responding to the CMA’s decision to begin a Phase 1 investigation into the acquisition, a spokesperson for Asda said: “The acquisition of these sites is part of our long-term strategy to build a convenience business and bring Asda’s great value in fuel and groceries to more customers and communities throughout the UK.

“We referred the acquisition to the CMA when it completed last October and look forward to working collaboratively with them in the coming months,” they added.

The acquisition includes 129 convenience stores of between 1500 and 3000 sq ft with attached petrol stations and three development sites. Circa 2300 colleagues currently employed by the Co-op will join Asda under TUPE transfer in the coming months, following consultation with USDAW.