On the eve of Christmas, news retailers have been hit with a stockingful of woe with publisher Reach announcing that from 2nd January 2023, the percentage margin that retailers receive across its portfolio of titles is to be slashed to an all-time low of 18.5 per cent.

At the same time, dmg media, the publisher of the Daily Mail and Mail on Sunday, has also advised of new year cover price increases for both titles, accompanied by cuts to the retailer’s percentage margin.

The Reach cover prices see the cost of weekday editions of the Daily Mirror rising to £1.20 in England, Wales and Northern Ireland. In Scotland, the new Monday to Friday cover price will be £1.30. 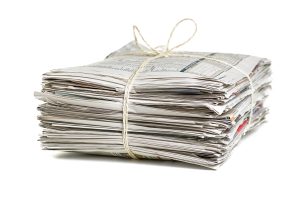 The Daily Star will increase to 80p for weekday editions, £1.30 for the Saturday edition and £1.60 for the Sunday edition.

The Daily Record will increase to £1.20 for Monday to Friday editions, £1.80 for the Saturday paper and £2.50 for the Sunday newspaper.

From New Year’s Eve, the price of the Saturday Daily Mail and the Mail on Sunday will rise by 10p to £1.40 and £2 respectively, but the retail margin will drop to 20.5 per cent.

In a letter to retailers, dmg media head of circulation Shaun Jones blamed “market conditions” on the move.

Responding to the news, National President Jason Birks said: “Scrooge is officially live and kicking in the offices of both Reach and dmg media.

“Such penny pinching at a time usually associated with giving is despicable. Times are incredibly tough for independent retailers, amid the cost-of-living crisis, supply issues and soaring energy bills yet both Reach and dmg media are showing their miserly colours by taking money from the Tiny Tims of the industry who need pro rata terms to simply stand still.

“After giving these titles many years of support, this is a massive kick in the teeth for independent retailers. Our members want to actively promote print to their readers but must be properly rewarded for doing so.

“Reducing margins to a measly 18.5 per cent will simply speed up the decline of the industry, as news retailers downgrade newspaper displays in their stores and look to other categories that demand less work but where there are greater rewards.”

Mr Birks continued: “What Reach and dmg media is doing flies in the face of the trading relationships that should exist between publisher and retailer and such action is particularly disappointing when you consider how Fed members supported the publishing sector throughout the pandemic.”

The ramifications that these cuts will have on retail will come under the microscope at the Fed’s latest newspaper summit, which is taking place on 11th January in London, Mr Birks promised.

He called for attendees to come prepared to identify solutions to improve the plight of the category, both in -store and for home delivered copies.

The actions of Reach and dmg media, are in stark contrast to those by the Financial Times and National World.

From January 3rd 2023, the price of weekday editions of The Financial Times will rise from £3.30 to £3.50, with retail margins increasing pro rata.

Meanwhile, National World has announced a raft of cover price increases on its regional newspapers across the UK, all of which see are accompanied with pro rata retail terms.

Mr Birks said: “The Fed will continue to support those titles that show a clear intention to work with us to grow sales.”