Sainsbury’s facing questions over its future in Northern Ireland

Sainsbury’s have told unions dealing with the fallout from the planned closure of its Craigavon store and petrol station that it has no intention of closing its other stores in Northern Ireland at this stage.

The company is embarking on group consultations with Unite this week following the shock announcement that it will close the store early next year.

The move had sparked fears that Sainsbury’s could now be considering its future in Northern Ireland. Unite has said that more than 100 workers’ jobs are at risk and questioned whether Brexit was a factor in the decision.

The union said Sainsbury’s intends to close the Craigavon store on February 28 and described the timing as “atrocious”.

“Our concern is – is this the first store to go? Is this the start of it?” said Unite regional officer Taryn Trainor.

“Coming up to Christmas, the timing is atrocious. Staff are absolutely disgusted that this is happening before Christmas.”

Speaking on Monday October 25, the union said it was poised to go into group consultations with Sainsbury’s the following day and was hoping to get answers then.

“The regional manager has said they have no intention at this stage to close the other stores,” Ms Trainor said. 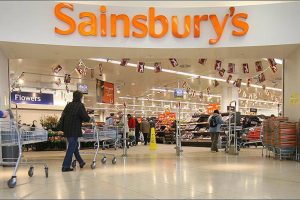 “We’re hoping to get some answers on whether there has been any redeployment arranged. They’re looking at that at the moment because it has been raised with them and staff need to know urgently what is available at other stores.”

The union has also questioned why news of the closure reached the media before all staff had been notified.

“There were not enough managers there to ensure that people were told in a timely manner,” Ms Trainor said.

“We’re talking about young people who have just got houses. There are some older people who will be happy to take the redundancy package but the younger ones will be looking for redeployment, and at the moment when they look at the internal system all they have advertised are seasonal jobs.”

“Lots of the jobs that are advertised are part-time hours and there are huge concerns among those who are working in other stores – they want to know if they are next and could it be because of Brexit?”

Sainsbury’s has said that the decision to close the Craigavon store and petrol station was “not taken lightly and is based on a range of factors”.

Describing the decision as “difficult”, it said it was doing everything it can to find alternative roles within Sainsbury’s.

The union said it has been told by Sainsbury’s that it has faced a number of challenges.

Ms Trainor said the company had commented: “While customer shopping habits are changing during the pandemic and as we begin to establish a new normal we do not expect the store’s underlying performance to improve”.

However, she said there had been little investment in the Craigavon store by Sainsbury’s for a long time before the pandemic, with no recent upgrades or refits.

In March 2016, the roof of the store petrol station collapsed overnight, following a night of extreme weather. 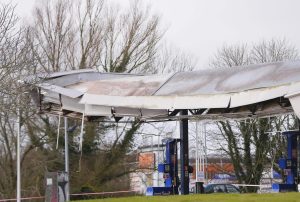 Ms Trainor said the union will also be looking for answers on the nature of the redundancy package for workers.

“We want to know what sort of redundancy package are they going to give to staff? We are extremely disgusted with the company and especially with the timing of it,” she said.

“It’s a slap in the face to low-paid paid workers, some of whom are on £9.50 an hour, and a lot of them are on family tax credits as well.”

Despite the pandemic, she said, Sainsbury’s had made a clear profit before tax of £356 million, with sales surging in the last quarter, suggesting that the company would make even larger profits in the year ahead.

The chain said it had dropped to a loss in April as a result of Covid-related costs and more than £600m of restructuring costs for its Argos transformation programme, and that this had offset its surge in revenues, with grocery sales for the year up 7.8%.

The supermarket chain partnered with local wholesaler Henderson’s earlier this year to help manage post-Brexit disruption, and Craigavon store manager Emer Compston was reported last month as saying the move had meant availability wasn’t affected as much as initially feared.

The company said that in the year to March 6, Covid costs “to help keep our colleagues and customers safe” had been “high”, but it expected profits to bounce back in the coming year.

Upper Bann DUP MP Carla Lockhart said: “This announcement has come as a huge shock to staff and to the wider community. This store is very popular and Craigavon has proven itself to be a strong base for retail.

“Indeed the Rushmere Centre has recently had the news that Primark is taking up the former Debenhams unit and this will drive footfall even more.

“While there is lead-in time to closure obviously this is a difficult time for staff. I trust that support can be provided to them to secure alternative employment and anyone needing guidance can contact me for signposting to support.”

SDLP Upper Bann MLA Dolores Kelly has said the closure of the Sainsbury’s store at Rushmere Shopping Centre in Craigavon is a huge jobs blow for the area.

The Upper Bann MLA said: “This announcement is devastating news for staff and shoppers in this area who frequent this store. For 109 staff to potentially lose their jobs in the run-up to Christmas is a huge jobs blow. This area has long suffered from a chronic lack of investment and this is evidenced by the already high unemployment locally and this news will only make things worse.

“This closure will also leave this huge store empty – while I hope it will be filled by another shop as soon as possible, there are only a limited number of companies capable of taking on this huge space. This is the latest in a long line of business closures in this area and we need to see an Executive strategy to revitalise this town and the many other towns across the North that find themselves in the same position.

“Questions have also been raised about what led to this decision with Sainsbury’s making large pre-tax profits last year, with many local people relying on this store during the coronavirus lockdown. My office will be liaising with the staff affected to see what assistance can be offered and I hope that they secure alternative employment soon.”