Sweet Dreams are made of this… NR’s annual confectionery feature

From September to December, the sales opportunities for all things sweet and sticky soars. It’s the season of Trick and Treat for Halloween, swiftly followed by the November/December sales surge in confectionery for Christmas.

How best can independent retailers capitalise on this lucrative sector? And what is the UK confectionery market worth? Almost £4 billion, with over 750 enterprises wholesaling sugar, chocolate, and sugar confectionery.

The market continues to expand as manufacturers develop new means of tempting its consumer base to indulge its sweet tooth. The already huge number of products available to UK consumers at retail is expanding as a result of increasing consumer demand for innovation.

Sales of chocolate just keep growing and growing, with an estimated 35% increase in sales over the next five years (Mintel).

Who are the biggest confectionery companies?

The Mars Corporation, leads the chart of the world’s largest chocolate companies. Mars Inc owns some of the most famous sweets brands in the world, including M&Ms, Galaxy, Snickers, Skittles, and, of course, Mars bars. It is the largest player in the sugar confectionery industry globally.

Mondelēz International – the American food giant Mondelez, formed in 2012, now owns some of the most famous confectionery and chocolate brands in the world such as Oreo, Milka, Toblerone, TUC, and Cadbury. The company currently operates in over 80 countries and generates annual revenue of around $12 billion, making it one of the top 10 largest chocolate companies in the world.

Lindt is one of the world’s most famous chocolates and truffles manufacturers. Its annual sales are nearly $4 billion. While demand for the company’s products in the US has diminished greatly over the last few years, the brand has maintained popularity across Europe, and in Australia, where Lindt ice cream is available.

Pladis (UK) – based in London, has annual revenues of $4.5 billion and operates in 120 countries across Europe, the Middle East, Africa, Asia and the Americas. The company has 34 factories in 13 countries and mainly operates in all major categories of chocolate, biscuits, cake, candy, and gum. Its three core brands include McVitie’s, Ulker and GODIVA. 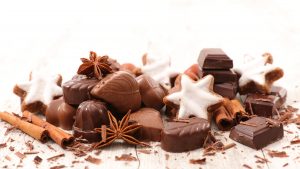 One of the recent developments in the global chocolate and cocoa market is the growing inclination towards Fair Trade certified products. Such chocolate products are made from cocoa produced from farms that do not indulge in inhuman practices such as slavery and child labor. The Fair-Trade organization have been dedicated to promotion of trade relationships that support livable incomes for farmers, laborers and families of cocoa growers through commitment to prices that produce a stable economic and social environment.

Northern Ireland spends the most on sweets and treats

Northern Ireland is the UK’s most sugar-obsessed region, with households spending more of their weekly grocery budget on sweets than any other area – according to the Office for National Statistics.

Scotland, the North-East and the West Midlands are the UK’s second biggest sugar lovers, while London and Yorkshire on the Humber spend the lowest amount on sweet treats 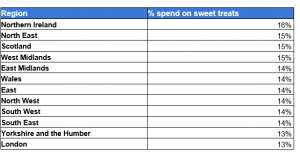 Northern Ireland has the biggest sweet tooth in the entire UK, new research can reveal.

Out of all UK regions, residents of Northern Ireland devote the biggest proportion of their food shop to sweet treats – spending 23 percent more than London and Yorkshire on the Humber, the areas which spend the least on sugary food and drink.

The study, conducted by commercial kitchen experts Maxima Kitchen Equipment, used new ONS data on household spending between 2018 and 2020, to discover the areas which spend the most on sweet food and drink, as well as meat, fruit and vegetables, and alcohol.

Scotland, the North-East and the West Midlands are the UK’s second most sweet-obsessed regions, spending 15% more than London and Yorkshire on sweet drinks, chocolate, ice-cream and other confectionary. 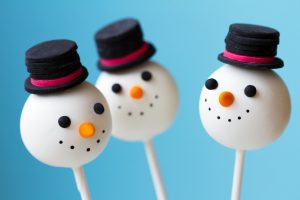 Northern Ireland takes the cake as the UK’s biggest sugar lover, and it is also the region which spends the most of its shopping budget on meat in the whole of the UK.

Households in Northern Ireland spend 25% more on meat than households in London and Yorkshire, which spend the least on meat overall.

Scotland is the biggest spender when it comes to alcohol and tobacco, with residents devoting over a fifth of their weekly food budget to the products – a full 50% more than London, the region which buys the least alcohol and cigarettes.

A spokesperson for Maxima Kitchen Equipment, which conducted the research, said: “It’s fascinating to see the regional variances in grocery shopping habits across the country. While residents in Northern Ireland are still clearly meat-lovers, it looks like Londoners are moving away from meat to plant-based options which might indicate increases in vegetarian, vegan, or flexitarian diets.”

The analysis was conducted by Maxima Kitchen Equipment which has more than 40 years of experience in the supply and maintenance of professional kitchen equipment.