From fuel prices to car washes and EVs – NR talks to the Petrol Retailer and Car Wash Association’s Brian Madderson about the key issues impacting forecourts in Northern Ireland and the rest of the UK – in advance of the PRA event at the Crowne Plaza on 13th October.

Slowly but surely fuel pricing trends are on the rise again– NR asked the PRA’s Brian Madderson – why?

“There are two main reasons,” he said. “The worldwide pandemic has caused new agreements between oil producers in Russia, Saudi and other OPEC countries to curtail the output of crude oil. This has had the effect of pushing up the price of Brent crude – putting it up to around $75 per barrel.

“The second reason is technical” explained Brian. “European refineries are all having shorter production runs because a barrel of oil contains a wide variety of different products for different sectors – so demand for marine oil for shipping has taken a downturn, as has home heating oil – and the aviation industry is on its knees, resulting in oil companies limiting their output.

“Short production runs mean the amount of petrol being produced is limited. Companies then have to compete for short supplies – which in turn has pushed the wholesale price up.  I can’t see much change in that until towards the end of the year, when demand for heating oil goes up along with marine and aviation.”

Brian doesn’t believe that this will lead to the type of price wars at the pump that we’ve seen in the past – involving the multiples.

“The multiples are fighting their own price wars with the discounters such as Aldi and Lidl – so because they are giving away their margins on grocery, it’s less financially economic for them to heavily discount fuel” he said.

However, Brian believes we could see prices creep up towards the 140p mark for petrol – he doesn’t predict it will hit the highs of 2012 – although – the autumn budget is also on the horizon.

“There is talk of Rishi Sunak increasing the amount of tax on fuel to push people towards greener cars and help pay for the pandemic.”

Between the price of crude, refineries reducing production and the autumn budget slamming tax on fuel – prices could hit the highs of 2012 – but as Brian explained “that’s not good for inflation.”

“I would think if Rishi Sunak is pushing up petrol prices with tax that will be very unpopular across the new Tory “red wall” constituencies in the Midlands and North of England.” 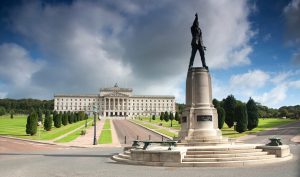 One of the most difficult issues Brian and the Car Wash Association have tackled in the recent past is the challenging differences in car wash regulations across the four jurisdictions of the UK throughout the pandemic.

“It was a significant disappointment that the Northern Ireland Assembly was the only one of the four home unions that declined to make any change to restrictions on car washing. In England and Wales, they differentiated between automated and hand washes with the latter banned. The situation was much the same in Scotland, but included self-serve jet washes, rollover and conveyor washes jet. In the last few weeks of the restrictions England tried to ban the use of self serve jet washes – but it made no sense as everything else on the forecourt is self-serve – from ATMs, to fuel pumps and hot coffee – so why on earth did the Department of Health take this bizarre action?

“We need to make sure it doesn’t happen again” said Brian. “They reversed the decision, with a new definition of automated car washes which excludes jet self-serve. What happened in England was that most local authorities ignored that – they were not interested in enforcing it.

“Northern Ireland was different. It didn’t allow any car washing – except for the inside of vans carrying food. We worked hard on this issue, enlisting the help of local MPs like Ian Paisley and others, we wrote copious letters to Ministers – but it was too difficult to get it changed. I am afraid that the Assembly was just too stubborn and obstinate – during the pandemic other sectors were hit by similar non-sensical restrictions, in my view imposed by the civil servants.” 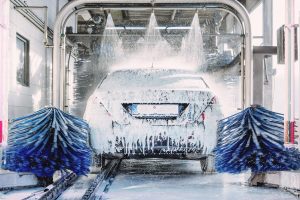 One area where the PRA did have a key success in its lobbying efforts was regarding business rates.

“We challenged the Northern Ireland Assembly and various departments over their decision not to allow shops on forecourts above 300 square metres to have the full rates holiday.

“The PRA said that’s not fair – there is a big difference in Northern Ireland whereby for many people in rural areas, there is an absence of supermarkets. For large parts of the population they can only go to their local shop convenience store, generally on a forecourt. Land & Property Services agreed it should be 500 square metres and they put that to the first Minister who agreed to move it up to 500 sq mtrs. This meant that between at least 40 and 50 larger convenience stores were able to benefit and save hundreds of thousands of pounds by not needing to pay rates in that fiscal year 2020 to 21. That rates holiday is finished, now its back to the standard rate but it was a big benefit for many at the time – we got several letters of thanks including from Henderson Retail and others.

“That was entirely down to the PRA – we achieved that.”

On the 1st September in mainland UK the new, higher spec E10 containing up to 10% ethanol (helping to reduce carbon levels) became available on forecourts – but not in Northern Ireland.

“Northern Ireland is unable to introduce E10 yet because of blending capacity at terminals. It can’t be shipped in by sea, already blended, as ingressive water would contaminate the fuel – it has to be transported only across land” explained Brian.

“We understand work is on in hand to increase blending capacity at Northern Ireland’s terminals in Belfast and the one in Derry/Londonderry but it won’t be until the end of the second quarter in 2022 – so around another six months.

“In England, Scotland and Wales its obligatory from 1st September. One big concern is that there are a number of older vehicles and classic cars with engines not designed to be able to take fuel containing 10% ethanol – estimated at around 700,000 vehicles across the UK – plus classic cars which will have to use super unleaded (which remains E5). That commands a premium so these motorists will need to pay more.

“It may also affect smaller forecourts in Northern Ireland that only have two tanks – one for diesel and one for standard petrol. Owners will be likely to turn their petrol tank to E10 which means people who own older and classic cars will have to go where there is super unleaded available.” 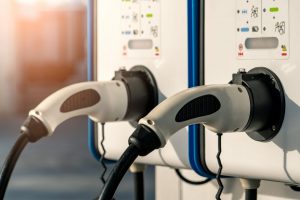 The PRA’s annual event in Northern Ireland will take place at the Crowne Plaza, Shawsbridge on Wednesday 13th October. Brian is looking forward to his visit to Northern Ireland.

“We expect there will be retailers, product suppliers, regulators, HMRC, fire service and technical experts as well as many other guests,” said Brian. “We will be announcing further speakers shortly.

”It’s quite remarkable that during the pandemic the number of filling stations in Northern Ireland increased slightly – even company owned sites went up by 10% from 55 to over 60 sites – Go, Nicholl and Maxol have been opening new stations.”

It will be interesting to see what happens with Asda following the announcement that they are planning to roll out around 300 Asda convenience stores on Euro Garage’s forecourts on across GB.

Brian said “They ran a pilot in three or four stores in the Midlands and of course, convenience stores are the Issa brothers strength. Hitherto they were wedded to the Spar brand so it would be a blow to the main Spar distributors supplying their shops in GB. The EG Group doesn’t have any filling stations in Northern Ireland, although it will be interesting to see what in-store changes there will be in Asda – and maybe even changes on the forecourt with fuel supply.

What next for Electric Vehicles, NR asked Brian?

“Most of the large groups on the mainland are waiting to see which way the technology runs on this one – demand is currently very low – but there will be rapid changes. Currently the cost of installing an EV charger on site can be as much a quarter of a million pounds – that’s a huge investment, with maybe only a few customers using it each day.

“We will see a slow increase, but it will take a long time to make a return on your investment.

“There is also range anxiety and charge point anxiety.

“Hybrids are more popular – there are two types of hybrid – one which you charge and needs a power point, the other is self-charging – which runs on petrol. If you live in a big city, like London, a hybrid or EV may suit – it may be a second or third family car used for regular short journeys – but only in the cities where there is a metropolitan elite.

“I think MPs are basically blinkered about EVs – at the minute, we are not recommending investment in charging points to members without offering words of caution.”

“Hydrogen is taking off in Asia in countries such as Japan and South Korea and in Europe for Scandinavia and Germany. Motor manufacturers are slowly including hydrogen models and going further with it – so if I was a betting man, I’d say in ten or fifteen years hydrogen will be the way to go. I would advise our members, rather than investing in EV infrastructure right now, to invest in car washing facilities for a quicker and more certain return. Hand car washes have had their day. If a  hand car wash is properly regulated, and pays living wages and there’s no labour abuse, then their costs will go up considerably and become uncompetitive

“Whether a motorist is driving a hydrogen, EV or fossil fuelled car, they will need cleaning. Modern high quality automated car washes are becoming hugely popular again, and I would say, that’s where the wise fuel retailer should be investing.”

Neighbourhood Retailer Awards: finalists for Food To Go Store of the Year award

107 Danske Bank ATMs in Northern Ireland bought over by Pivotal