From the outset of 2013, many in the retail sector were viewing the coming year with some uncertainty; however one thing that was expected was a challenging 12 months.

The Henderson Group’s annual results were published in May 2013, which once again showed a promising future for the company. It reported a turnover of £620.4 million, an increase of £37.2 million from the previous year, alongside improved operating profits.

“It was a challenging year as expected,” explained Paddy Doody, sales and marketing director, Henderson Group.

“However we were prepared and were able to make decisions that not only benefitted the Group as a whole, but benefitted our suppliers, retailers and shoppers as part of the bigger picture.”

Paddy explained how an increased investment in Henderson’s wholesale offering meant its retailers could offer lower prices to their shoppers while still maintaining margins. The Group’s marketing investment ran alongside and this drove footfall and ultimately increased spend in store.

“Through the challenges we have worked hard to drive shopper communication and engagement by spreading the messages of SPAR, EUROSPAR and our VIVO brands through our online and offline marketing channels.

Our hard work did not go unnoticed with achievements ranging from increased sales (up by 4.5 per cent), refurbishments and substantial growth from our EUROSPAR stream with shoppers increasingly opting for the ‘Super-easy Supermarket’.”

Whilst the results for the Henderson Group have been positive, Paddy acknowledges that there is a still a lot of pressure on shoppers and it will be some time yet before retailers will see shopper spend increase significantly. 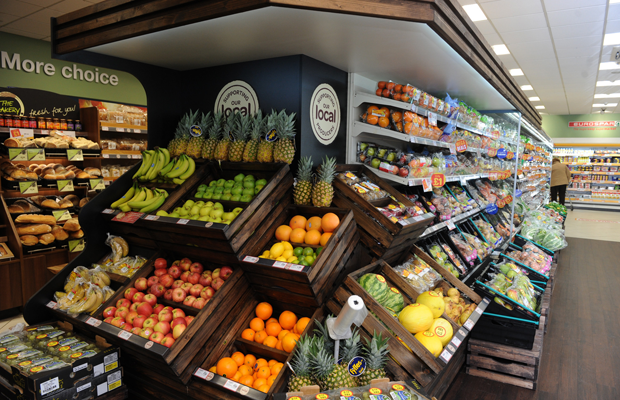 “Therefore value must remain top priority and that is where investment in customer service and lower pricing through sharper strategies, comes in. We continually work with our retailers and suppliers to offer the best possible quality products at affordable prices. This still remains very much one of our top priorities.”

On the company-owned side of the retail business, Henderson’s made a significant investment in a brand new state-of-the-art store on Belfast’s Knock Road.

After demolishing and rebuilding the SPAR store along the Knock dual carriageway, the new SPAR is now a flagship store in terms of sustainability; the company’s drive towards lowering CO2 output and reducing energy consumption.

“We are very pleased with its overall performance,” said Paddy.

“There has been a significant increase in sales since it’s re-incarnation, and we have received some excellent customer feedback on all aspects of the store’s offering; in December 2013, we received Mystery Shopper results and scored highly in all aspects including first impressions, product information, ‘sparkling service’ and checkout service.”

Looking ahead to 2014, Paddy says that The Henderson Group will continue to strive towards growth, both in store offering and in driving retail sales in its existing estate.

The group’s retail and property team are continually seeking out new build opportunities and going through the processes to make sure a store in that area will enhance the community.

“We will continue to engage with our shoppers and deliver on demand, whilst implementing new marketing strategies to drive our value message across our supermarkets and symbols,” said Paddy.

“We’re looking forward to 2014 and have many exciting initiatives that we look forward to introducing to our retailers and their shoppers.”