Calls have been made for HMRC to deliver additional funding and “promised powers” in a bid to help Trading Standards tackle the illicit tobacco trade.

Japan Tobacco International (JTI) made the calls after it was revealed illegal tobacco trading has cost £51.3bn in lost revenue since 2000.

One of the locations identified had been actively selling illegal tobacco since 2015.

Their research found counterfeit versions of a JTI hand rolling tobacco brand being sold for £4, compared to a retail price of £29 – resulting in the Government losing out on approximately £20 in taxes for each pack sold. 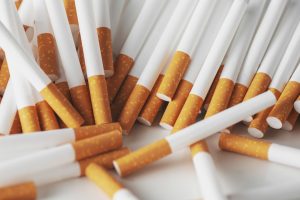 Recent JTI research also found that in the last month alone, over a third of smokers have bought tobacco products that were not in the plain packs legally required in the UK.

Fiscal and regulatory affairs manager at JTI, Ian Howell, outlined the extend of the issue.

“While Border Force prevents the smuggling of illicit tobacco into the country and HMRC conducts large-scale operations that can lead to the uncovering of major illegal manufacturing sites, it is Trading Standards that undertake the lion’s share of enforcement action on the UK’s High Streets.

“Unfortunately, despite efforts such as Operation CeCe or the Keep It Out campaign, Trading Standards is overwhelmed by the scale of the problem. They do not have access to easy to apply, hard-hitting financial sanctions that would help tackle the persistent actions of rogue retailers who are currently undeterred.

“Selling illicit tobacco and vaping products puts retailers at risk of prosecution and negatively impacts their store in the community, which is why we created JTI’s ‘Don’t be Complicit’ campaign to raise awareness and give them the resources to combat this illegal trade,” he added.

If retailers know of a store that is selling illicit tobacco or vapes, they must report them to Trading Standards through the Citizen Advice consumer helpline on 0808 223 1133.

Backlash to Tesco chairman claims that food firms are ‘profiteering’