KP Snacks, the UK’s No.1 driver of growth within crisps, snacks and nuts over the last 5 years, is investing an impressive £4 million in McCoy’s latest full-on flavour release – the feisty Mexican-inspired tortilla, Muchos.

Drawing inspiration from previous activations, the ‘When Mexican Flavour Calls’ campaign will launch on 22 April with TV advertising, Broadcast VOD, digital, out of home and in-store activity running until the end of May. 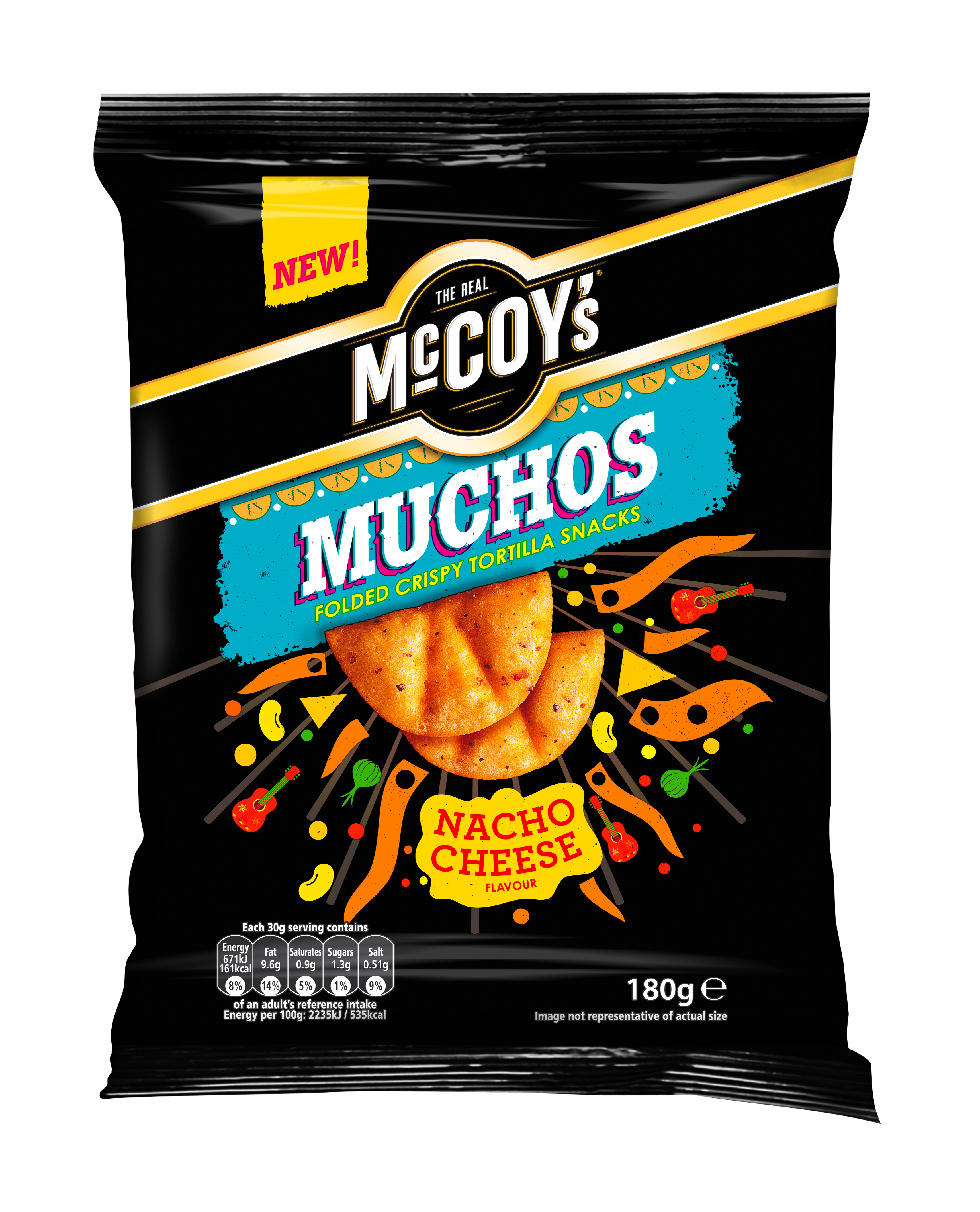 To continue this momentum, KP Snacks is launching its biggest NPD campaign to date, investing £4 million in Muchos. Introducing the brand straight to TV, the action-packed advertisement delivers a fun-filled message in the characteristically maverick McCoy’s tone of voice, as the voice of flavour once again calls the unsuspecting protagonists. By opening a pack of McCoy’s Muchos, the setting ignites into a fiesta, with Mexican wrestlers, a mariachi band and McCoy’s very own DJ Burro all joining the party, as the tantalising Muchos flavours are experienced.

To support the message that Muchos bring excitement and flavour to any sharing occasion, bold and eye-catching out of home and in-store activity will feature the characters prominently shouting out the classic McCoy’s message with a Mexican spin, ‘When Mexican Flavour Calls’. 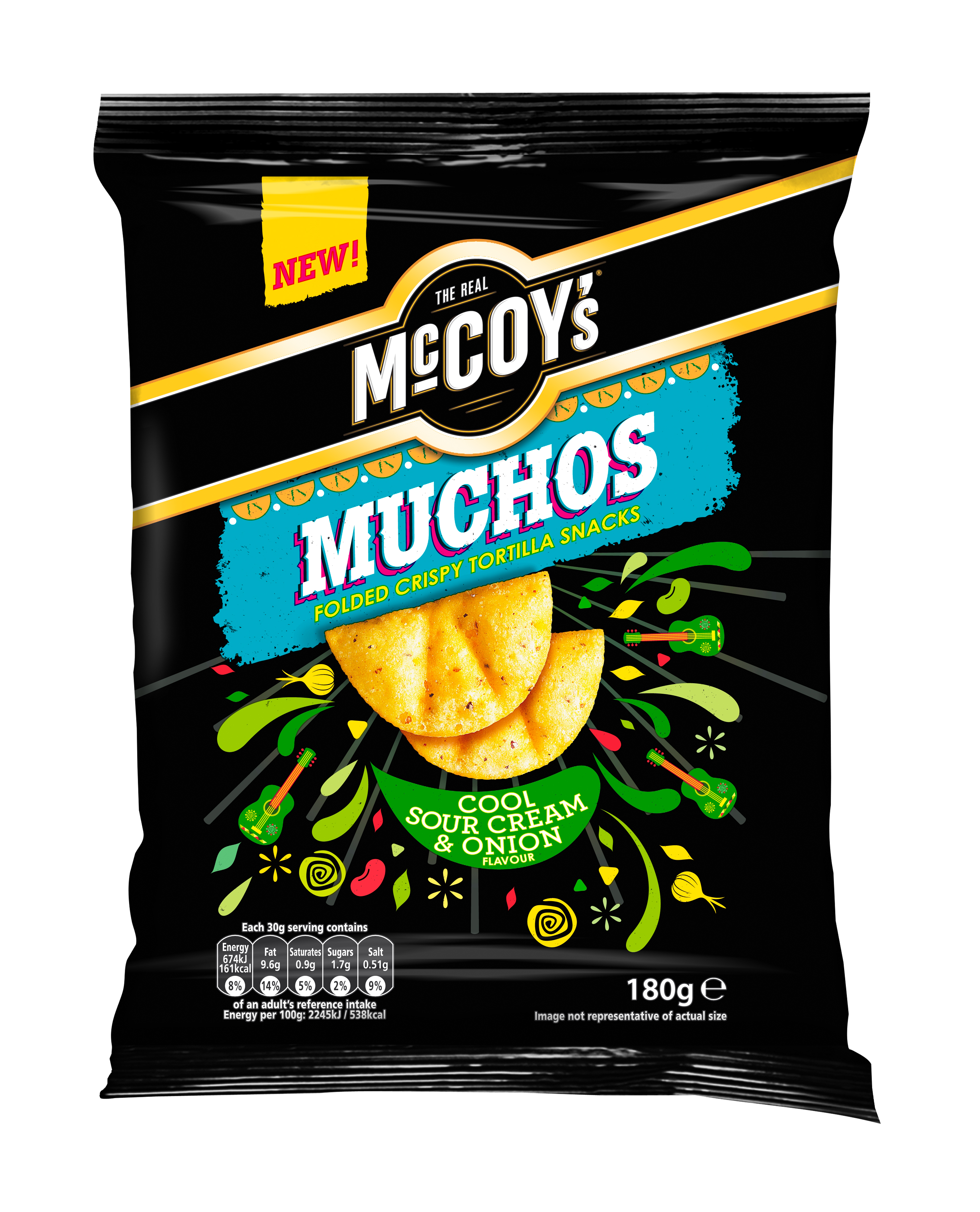 Claire Cooper, Marketing Manager at McCoy’s comments, “McCoy’s Muchos has already seen phenomenal growth within the first few weeks of its launch and we’re confident the campaign will drive further appetite for the brand and product. The creative puts a new spin on the iconic ‘When Flavour Calls’ campaign which has become synonymous with full-on flavour in the minds of consumers and we’re excited, not only to see the response from consumers, but also the impact this will have in driving the category forwards.”

McCoy’s is the number one ridged crisp brand and the 4th biggest crisps, snacks and nuts brand in the UK, with over 9 million households consuming McCoy’s snacks each year. Worth £124.7 million RSV, the brand is growing ahead of the crisps, nuts and snacks category at +5% placing it in an ideal position to drive overall category growth. 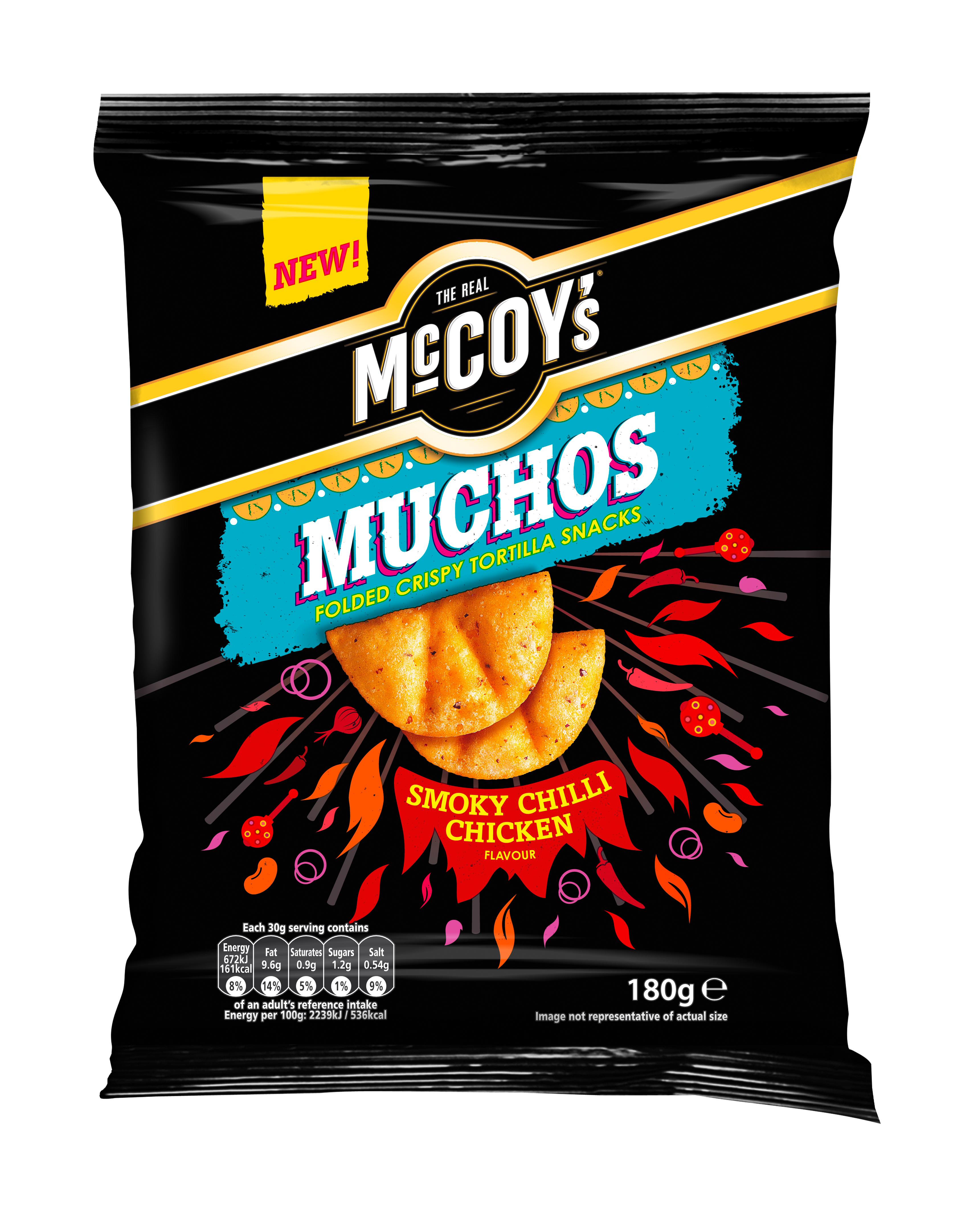