Some of the leading figures within Northern Ireland’s grocery industry received prestigious honours in the New Year’s Honours’ List.

More than 80 people from across the province were honoured in King Charles III’s first New Year’s Honours’ List, including notable names from the foodservice, manufacturing and agri-food industries.

Spar retailer, Peter McBride has been made a Member of the Order of the British Empire (MBE). The Omagh businessman received the award for services to the economy and to the community in County Tyrone.

A well-respected and renowned retailer, Peter is the current president of Retail NI, while the McBride Group runs 16 Spar stores throughout Northern Ireland and has won numerous awards.

Managing Director of Spar International, Tobias Wasmuht said: “Peter is a true Spar ambassador internationally, a great retailer, a leader for the independent retail sector, and a local champion for the communities he supports.

“On behalf of the fellow board members of the International Spar Guild of retailers on which Peter has served since 2019, I extend our appreciation and heartfelt congratulations to Peter and his family.”

Executive Director of the Northern Ireland Food and Drink Association (NIFDA), Michael Bell was made an Officer of the Order of the British Empire (OBE) for 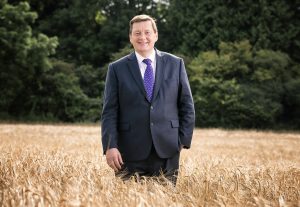 services to the food and drink industry and to the economy in Northern Ireland.

Mr Bell, from Holywood, said he was “humbled” to receive the honour.

“Food and drink is my lifelong passion, from watching my late father in the family bakery to spending decades working in and on behalf of the industry,” he said.

“While I’m personally delighted, this is also recognition for Northern Ireland food and drink as a whole, and the 113,000 people working in jobs related to the sector. Food and drink is one of Northern Ireland’s most dynamic and successful industries, and our NIFDA members are among the most innovative businesses in NI.

“It is a privilege to champion this great industry and this honour is the icing on the cake,” he added.

Ursula Lavery, Technical and R&D Director at Moy Park, was appointed an MBE for services to the agri-food industry and to the economy in Northern Ireland.

The County Armagh woman joined Moy Park as a Marketing Executive in 1987 and having moved into the Technical and Quality Management side of the business the following year, has since then steadily built the company’s reputation as a leading food company with absolute commitment to animal health, food safety and quality.

Recognised as a leading authority on food safety and poultry research, Ursula sits on several advisory bodies and has received a series of industry awards. She said she was “very humbled” to receive the honour.

“I am absolutely delighted and very humbled to receive this honour. I am proud to be part of the Northern Ireland agri-food industry, and this award is testament 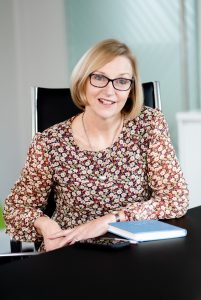 to the talented people I work with and everything we are doing to drive food integrity, animal welfare and provide a sustainable supply chain for our farmers and customers.”

“Ursula is committed to achieving excellence across the supply chain, from farm to fork.

“She is a dedicated researcher, director and leader in our industry and on behalf of Moy Park we offer her our congratulations,” he added.

Other award recipients included former Ulster Farmers’ Union president, Victor Chestnutt, who was appointed an OBE for services to agriculture. The Bushmills man described himself as “an ordinary farmer” and said he accepted the royal honour “on behalf of all farmers in Northern Ireland”.