You would be forgiven for thinking that the ice cream business is a seasonal one. Whilst sales do spike when the sun shines, it seems that some people in Northern Ireland think nothing of nipping out on a winter afternoon and visiting their local ice cream parlour. And that can only be good news for David Wilson, partner at Mauds Ice Cream.

“Business has been good following a very good summer in 2013 after what was essentially 18 months of winter,” said David.

“Last year’s the three months of sun was the best business we have ever experienced in 31 years of making ice cream!

“Our ice cream sells all year round even in winter – the diehard fans will buy it whatever the weather! They want their Poor Bear (commonly known as Pooh Bear) and the weather is not going to get in the way!”

David says Mauds benefit from the fact that ice cream is an affordable luxury and most importantly “it brings a smile to people’s faces”. This is why the business has traded well during the tough economic climate of the past few years.

“Through the recession the food industry was fairly robust – more so than other industries,” explained David.

“We saw slow steady growth over those years, not as much as we would have liked to have seen but none the less it was still on the increase and not many businesses could have reported that.” 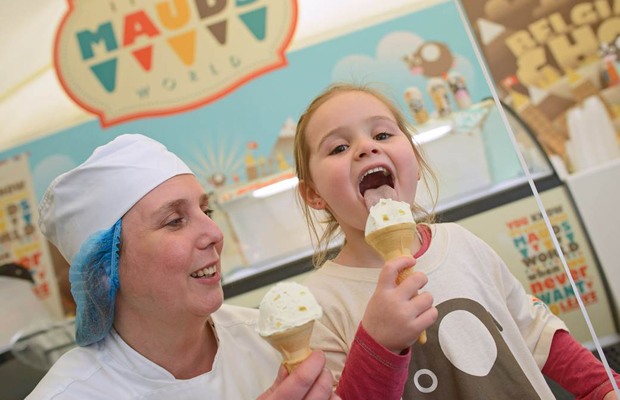 Tradition plays a big part in the success of the business too. It’s not unusual to see today’s parents with their children reliving their childhood of a trip out for an ice cream. Named after his grandmother Maud, the company’s first ice cream recipe was perfected using local produce back in 1982 and after selling well in the family’s grocery store, it became so popular that tit began to be sold on multiple sites and today can be found across the island of Ireland and in England.

“There are around 240 active customers in the North, out of that there are around 70 dedicated parlours, the rest would be convenience stores, cafes and hotels,” explained David.

“In the south there are around 280 stockists and the majority of those are scoop cabinets in parlours and convenience stores. We used to own seven stores but now we focus on manufacturing ice creams and anywhere you see Mauds they are essentially stockists of our product.”

Mauds has operated in RoI for around 20 years and David says he has seen more growth in the south in the last five years than in the north.

“I can’t explain why, maybe we are reaching a saturation point in the North regarding Mauds and we are continually expanding in the south. There is an increase in the north but not at the same rate.”

Wherever the ice cream sells it does well. David says that this is down to the quality of the ingredients used in the ice cream and the fact that sourcing local suppliers has always added to the superior flavour of the product.

With countless awards – 129 in fact, including being the first ice cream company on the island of Ireland to win the Ice Cream Alliance’s Champions of Champions Award, David is adamant that it is all down to detail and focusing on getting even the little things perfect.

“Anyone who has been behind the scenes here asks us why we go to such lengths in certain areas. It is just about getting everything exactly right and it then ingrains the psyche that we have to get very little detail spot on.” 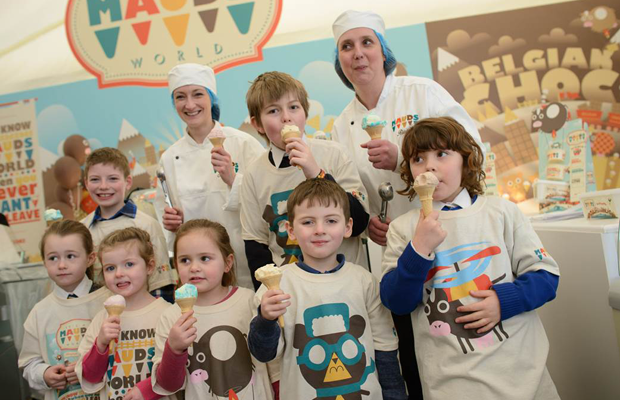 Flavours are what ice cream is all about and besides the hugely popular Poor Bear, which makes up for a massive 40 per cent of sales alone in the winter months, the team at the Carrickfergus HQ are constantly developing new ideas.

“We always love to experiment and encourage the creativity amongst our staff and management,” said David.

“We have flavours we are working on for this summer – one now available is an orange chip chocolate it’s been very well received. We have another five which will be going into production in the coming months and we have a few more we are looking to add before summer.  We also improve the existing flavours too; we never rest on our laurels.”

Looking ahead to 2014, David is looking aiming for more growth in RoI and will be working with schools to help bring the Mauds factory into the classroom via video link.

However, each year, there is always one focus: “Developing something that ‘s going to be as popular than Poor Bear!”

OOPS! Not another Discounter