SuperValu success in the Orchard County

With three SuperValu outlets in the County of Armagh, Philip Woods celebrates his company’s longterm relationship with SuperValu dating back 23 of those 25 years.

However, while the relationship with Musgrave has been long term, Philip and Neville Woods only acquired the show case Fruitfield store, formerly a Eurospar, in the summer of 2019 (just months before the pandemic arrived).

Philip Woods talks to NR about the success of the Fruitfield SuperValu since then, and how the support from Musgrave has made a difference to his business across the years.

“We’ve had a long relationship with Musgrave for over 23 years – that’s important when wanting to expand,” said Philip. “You want to make sure you have the right partner and brand. The scale of Musgrave meant they could weigh in behind the re-brand of Fruitfield in 2019.”

Just one year later – in September 2020, SuperValu Fruitfield was named Musgrave Newcomer of the Year in its annual awards. 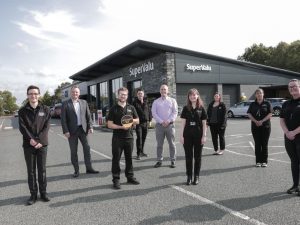 “SuperValu Fruitfield is a large shop serving the Richhill and Armagh areas. When the opportunity came up to acquire the store in 2019, it made perfect sense. Musgrave were excited about it too – they could see our vision, as we also have two other SuperValu stores, in Tandragee and in Richhill village plus a Centra and forecourt on the Dobbin Road in Portadown.

“The brand is important depending on your catchment area – for example SuperValu is right for Richhill and Tandragee as they are small supermarkets, ideal for either a basket or trolley shop. The Centra in Portadown is more of a convenience store – perfect for short stops and top ups.”

Philip Woods took over the Fruitfield from the Reid family, and rebranded as SuperValu in early summer 2019, not long before Covid came along.

“We had nearly ten months under our belt, it was performing really well. We made changes which were well received by customers. Then Covid came along with all its challenges,” said Philip. “Although there has been what I would call ‘Covid bumps’, it’s been a case of ‘so far so good’”. 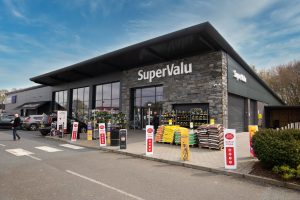 What was involved in the re-branding process? Did it all go smoothly?

“At the outset we had Musgrave involved which was a huge help in guiding us through the process – for example, there was a different IT and ordering system. It might seem daunting at the start, but they helped implement the changes, which eased the burden.”

The store literally re-branded overnight in June 2019. The focus in-store, explained Philip, is very much on meal solutions.

“My theory is – don’t over complicate it – keep it simple. Customers appreciate special offers, and everything that we can offer in-store.

“At Fruitfield there is an excellent meat counter, vast array of fresh fruit and veg, a brilliant bakery, off-licence – offering both top end wines and good-value wines, and a giftware and occasions section.”

The emphasis is on value, whether it’s shopping for a special occasion (a rib-eye or T-bone, with a quality wine) or serving everyday options.

“We have a large production facility behind the scenes,” said Philip. “Since Covid, we’ve been doing home deliveries which was really appreciated by older and isolated people.

Peak of the Pandemic

“At the peak of the pandemic, we had two vans on the road all the time. Now that’s cut back to Thursday to Saturday – the demand for home delivery has dwindled a bit with more people vaccinated and having the confidence to come out again.”

The on-site restaurant, the Scullery, remains closed for now – but it’s the restaurant chefs who were making the prepared meals. “People were getting restaurant quality meals delivered to their doors.”

Still very much a family-owned business, Philip’s father Neville remains closely involved with the business he stated back in 1995, when he took over a store which had been owned by Philip’s Uncle Arnold in the 1970’s.

“My father is still a huge and important part of the business – he’s involved in all our decisions. He developed the business over the years and instinctively knows what works.

“In 2014, we realised the Tandragee store was not large enough so we developed it, re-branded as a SuperValu, added an off-licence and Post office – resulting in a doubling of turnover” explained Philip.

The Centra on the Dobbins Road in Portadown has a different focus. With a forecourt, a Subway franchise in store, deli, food to go, and three Frank & Honest coffee stations, it’s very much a convenience store, or to use the newly coined term – a ‘hybrid store’ – with its Post Office and off-licence also providing valued local community services, along with top-up grocery.

“Forecourts and convenience stores in the future will be increasingly about providing services. If you don’t provide those extra services, the customer will drive on by to your competition.”

SuperValu’s commitment to Action Cancer over the years is certainly worthy of note – in particular its support of the Action Cancer Big Bus.

“Every year we endeavour to raise money for SuperValu’s chosen charity. At a local level, everybody knows somebody touched by cancer, so that support really matters to people.” 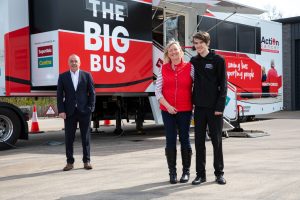 With four large and successful outlets, has Philip any plans to acquire further outlets.

When Philip acquired the Fruitfield store in 2019, the staff was retained. With the others stores, the company has become a large employer in the area for around 170 people.

“All our staff stepped up to the mark during Covid, even though it was difficult and challenging at times. We just got on with it, and did whatever we had to do.”

Brexit hasn’t had any real noticeable impact to date. “Musgrave took the baton and did all their preparation. Having a partner of that scale gave us the confidence to know that they were doing the hard work behind the scenes, enabling us to get on with the retail side.

“We have noticed some small changes on packaging and insurance, and that type of thing which could potentially impact profitability, but nothing major.”

As we celebrate 25 years of SuperValu in Northern Ireland, what will forecourt and convenience retailing look like in 25 years time?

“We have three petrol forecourts” said Philip, “but we don’t have a crystal ball. There will be changes – such as EVs and hybrids. We have EV pipework and infrastructure in place but will wait to see what happens over the next few years – when there will be a lot of change and development.

“No matter what happens, people will still live in local communities, they still need to feed themselves and their families. Retail will change – of course it will – but we will keep providing essential services.

“Musgrave and SuperValu have been a big part of our success over the years. We look forward to that continuing for the next 25 years.” 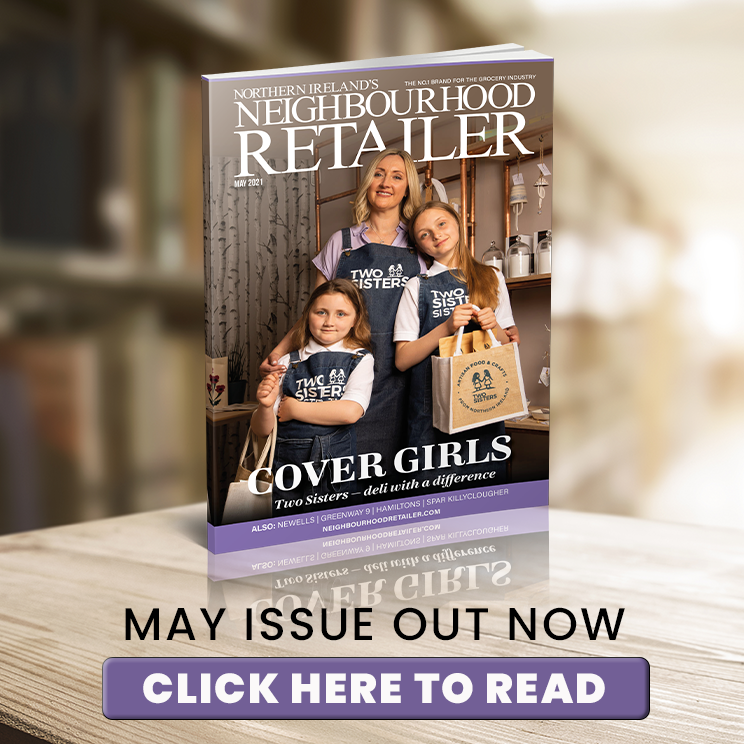