The traditional newsagent is still a much-needed community resource

When Judith Mercer took over the newsagents in Cregagh from John Allen in 1986 – little did she know that 35 years later she’d still be there – and loving her business as much today as she did when she first took it over as a young woman, not long out of university.

Yet Hamilton News in Cregagh remains a thriving business – and has adapted incredibly well throughout the pandemic. “I have a garden centre outside now” laughs Judith. “The gift and card section of the business has been thriving too.” 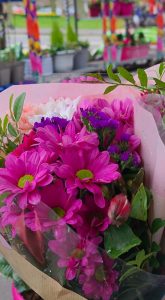 However it’s the community ethos of the store that has won through – that hasn’t changed since 1986.

“When I took it over from John Allen people still called it Allen’s for years. I expect 35 years from now, it will still be called Hamilton’s. My dad was a huge support always and encouraged me cconstantly. Dad had a music shop near Yorkgate, when he sold that up the two of us went in to business together and even though he’s 84 now and shielding, he still keeps a keen interest in everything that’s going on,” said Judith. In fact, Judith’s father Ray Hamilton – her business partner – had worked every day with Judith until Covid.

It all started with a simple conversation. Judith used to bring the papers up to East Belfast for various businesses – in the days when there were different editions of the Belfast Telegraph, or its sister dedicated sports paper Ireland’s Saturday Night or the Ulster (in fact, the wife of its well known editor Malcolm Brodie is still a customer of Hamilton News).

One evening Judith said to John Allen “If you’re ever thinking of selling give me a shout.” And to this day, she doesn’t know what made her say it – the words just came out. As fate would have it, that came to pass.

“I always remember that moment – I thought to myself – did I say that out loud,” she laughed. “John Allen had run the newsagents for over 35 years too. I remember thinking, as I was only in my early twenties, ‘if I’m still here in 35 years just take me out.’”

To this day, the business still runs with a definite community ethos.

“We’re like a big family. There is a core of staff who have been with us for twenty or twenty five years. They are extremely loyal and that loyalty works both ways.

In fact, the Hamilton business has been in the Cregagh estate for almost 40 years. At the other end of the block, so to speak, there is a Spar store also owned and run by Hamilton’s – managed by a young woman called Jennifer who started out delivering papers for Hamilton’s when she was just 11 years old.

Community is the crux of the business. The staff know their customers well – which became particularly important throughout Covid.

“We have known our customers for decades so well. If an elderly customer dies, we will be in tears here. We will know if that customer liked cricket or rugby – little details like that, which means a lot to their family when we let them know that they’re missed.” 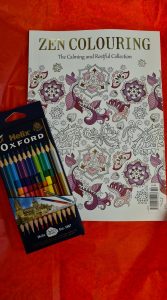 That blend of the old style customer care and the new fangled trends that arose during the pandemic helped Judith develop new ideas.

“We started doing helium balloons – all sorts of designs. We developed the gift section, and plants and flowers at the front of the shop.

“Over the year’s I’ve always been thinking of new ways to grow. The past 35 years have gone by in a flash. As I say, it took a long time for people to stop calling it Allens. I expect 35 years from now, it will still be Hamilton’s.”

Judith also owns and runs two Spars, and over the years there were options to move the newsagents to bigger premises – but Judith stayed put. 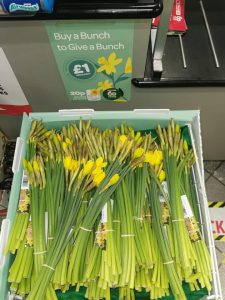 “We still deliver newspapers by hand – everything that we always did – it’s still very much a traditional newsagents. We are a hub in a block serving the Cregagh estate and surrounds – there’s our Spar at the other end of the block, and in between is a pharmacy and a gorgeous new deli and lunch bar that’s just opened next door called Greenway 9 by Megan who used to work for me too. Her partner is a chef and they’ve set up in business and doing well. They opened just weeks before lockdown, but re-opened for takeaway.

“I love to see local independent businesses grow and thrive – it takes me back to when I started out. I wouldn’t want it any other way.” 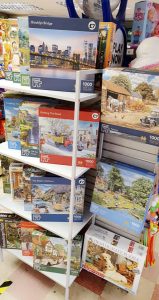