OOPS! Not another Discounter

MERE – the big bold Russian discounter is on its way, bringing a cold front from Siberia across GB.

Then Poundland is piloting its Poundland Local format in Yorkshire. B&M is extending its place in grocery – even The Range has Iceland in-store.

A lesser known discounter is OOPS! It’s a bit like an Iceland-lite, with stores in the North West of England – in Bolton, Preston, Warrington and the Wirral.

Then of course there’s the new Amazon Fresh stores in London – the contactless stores – with the app taking payment.

So where will this end – and is it impacting on our sympols and supermarkets in Northern Ireland?

Of course, we don’t have ALDI here but Lidl is a firm favourite and has increased its market share steadily. It’s emphasis on community involvement – thereby ‘giving back’ to the local area – has been well received by local populations. The German discounter can do no wrong in the eyes of many in Nortehrn Ireland but – the Russians are coming!

From Russia – with Love

The MERE mention of it is enough to cause concern.

The Russian discounter is said to be even a third cheaper than Aldi and Lidl – and is aiming for 300 stores in the coming years.

Mere claims to be 30% cheaper than other discount grocers like Lidl and Aldi.

Owned by Svetofor in Sibera, Mere has a ‘no service, no marketing’ policy that allows them to pass savings on to the customer.

There are four stores due to open across the country, the first of which is in Preston, reportedly on the site of a former Nisa.

Although timings have not yet been confirmed, it’s thought that they could open their doors as early as this month. The other shops planned will be in Mold in North Wales, Caldicot in South Wales, and Castleford in West Yorkshire.

There will be all the usual fresh and frozen products, but suppliers must deliver directly to the 10,000 sq ft. locations themselves (meaning Mere does not need to have excess storage space).

Mere operates in multiple European countries. The discounter is said to be considering sites in Southern Scotland, Devon, Cardiff, Banbury, Selby, Bradford, Grantham, Sheffield, Southampton, Stockport, Kettering, and Neath – although no indication that Northern Ireland is included in the vast expansion plans.

‘Gap in the market’

Mere has said that it is ‘the gap in the market’. “We don’t have any competitors” said a spokesperson.

The watertight business model is ‘no service and no marketing.’ Suppliers deliver direct to the store – not to a warehouse.

The full list of the initial 22 stores include England, Scotland and Wales – but not Northern Ireland.

Dubbed as “Russia’s Lidl”, Svetofor was founded in Siberia in 2009, but it’s opened stores in Europe since 2018 under the name Mere.

Mere is said to compare itself to Costco, but with no membership fee and no in-store service.

Mere will be the latest discounter to arrive on the UK supermarket scene. Earlier this year, Amazon Fresh went head to head with supermarkets in March, opening its first real-life shop in Ealing Broadway, West London.

It will be the first of “several” launched in the capital this year – and there’s no tills to pay at. 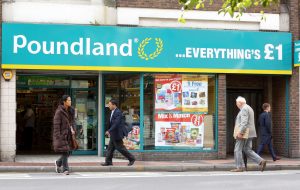 Around the same time, another new budget supermarket called OOPS! offered a year’s supply of free nuggets to one customer. With stores in North East England, it is largely a discount frozen food retailer.

The impact is being felt – especially by Tesco’s Metro format. Sainsbury Local and Tesco Metro fell foul of the pandemic – as their city centre locations and reliance on passing footfall from commuters ovbviously jeopardised their business model.

The Tesco Metro format is under threat as the supermarket giant rips up the concept- just two years after it underwent a revamp. Almost 90 Tesco Metro stores will be rebranded as Tesco Express, with the rest becoming superstores.

The overhaul in 2019 was part of the plan to address concerns from the rise in discounters, and their move into more mainstream grocery. Tesco rationalised its Metro range, and cut around 4,500 jobs at the time. However its format as a city centre location to capture passing trade mean it was hit hard by Covid.

The company’s research showed that 70% of Metros are being used simply for top-up and food to go, rather than the main shop.

Customer shopping habits have changed, leading to the decision to rebrand all the Tesco Metro stores, a spokesperson said.

Meanwhile, the onslaught of the discounters continues in to the smaller local format. Just last month Poundland began piloting its Poundland Local format – with two stores under 3,000sq ft opened in Yorkshire recently.

The retailer said: “The stores offer a range of products to meet the needs of customers, whether they are doing a planned top-up shop or making an urgent last-minute buy, with a big focus on food – from fresh ingredients to food-to-go.”

All of the items are from Poundland’s core ranges, including everyday groceries, snacks, household products, health and beauty, batteries, toys, stationery and homeware. 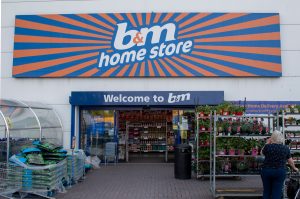 The retailer says prices will be “identical” to larger Poundland stores. If successful, the smaller format could give Poundland the potential to accelerate its growth and reach new areas that would not support a larger store.

There are currently around 20 Poundland stores in Northern Ireland, with potential for the new local format to make its way here if the pilot proves successful – however a spokesman said ‘there are no current plans beyond the first two pilot stores at the moment.’ 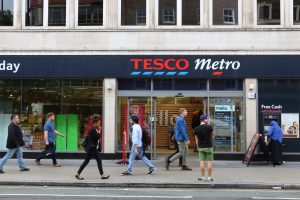 A little oasis of independent retailers at Carrick’s Courtyard