The recipe for their much-loved sodas remains a ‘carefully guarded secret.’

Small towns and villages across Northern Ireland are home to some of the best little bakeries imaginable. Much loved and frequented by loyal and local customers, these small independent bakeries are the jewel in the crown of local communities.

NR will be profiling some of these local bakeries in the coming issues of NI Baker. For this issue – we’re off to the village of Dunloy in County Antrim – not far from the town of Ballymoney.

Here, Pappy’s Bakery has become renowned for its soda breads and apple tarts – not just selling its produce in-store – but to local shops in the area – stretching as far as Loughuile and Cushendall.

And it all started out in a little country kitchen – and became what is now known as Pappy’s Bakery and Coffee Shop. Owner Tommy O’Kane told NR the Pappy’s story. But first, where did the name Pappy come from?

“It’s an old family named” explained Tommy. “We lived in the small village of Ballerin near Garvagh where there were so many families with the same name – lots of O’Kanes or Mullans – so everyone had a nickname and our father John O’Kane was known as Pappy. When we moved to Dunloy about fifty years ago the name stuck, so we named our business Pappy’s. 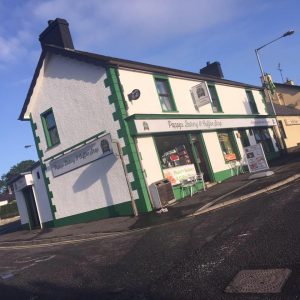 “Basically my mother started baking in the house and selling in to local shops. I was working in the US for a while and when I came home, and was out of work, I started helping my mother in the kitchen – doing the mixes and the more I helped out, the more I got in to it” said Tommy.

As his father aged and his mother had to look after him, Tommy was working as a transport manager – until after his father passed away, Tommy thought they should set up the bakery – along with ‘a wee shop’ in the village.

“That was in 1987, 34 years ago. We set it all up for £700. We had a couple of cookers and griddles from when my mother worked at home, then in 1994 we decided to take over premises that had been a local pub called Jeannie’s. 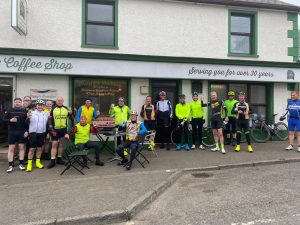 “I bought it over and renovated it – that was 27 years ago in September. We turned it in to the shop and bakery. About seven years ago we did away with the shop and created Pappy’s Bakery and Coffee Shop, and now we employ 20 people full time and part time. Our wholesale sodas and apple tarts are delivered to businesses in Cloughmills, Loughuile, Armoy, Rasharkin, Portglenone and Cushendall.

“Our sodas have become famous – even though none of us are bakers – we taught ourselves with our mother’s secret recipe. In fact, she was taught to make the sodas by our father – baked over a peat fire with a hanging griddle, using the same recipe to have tried to perfect to this date.

“We are better known for our sodas and breads rather than cakes – although my sister Dolores, sadly since passed away, used to make the apple tarts and the Pappy’s name is well known for those – she taught us how to make them. There’s big demand for the occasions cakes too – my daughter Jolene is great at making all the cakes and cupcakes – especially decorating the cakes for Halloween, Christmas, Easter and so on. She started by just helping out in the bakery when she was twelve.” said Tommy.

Their mother had triple bypass surgery when she was 67 and lived until her 81st year. “She was a hard working woman, who raised fifteen of a family. My brother Paul, sister and my daughter and her husband Ryan are all involved in the business. My son Dean helps out a bit – but he’s a pilot for Easyjet. My older sister Sally drives the van and does the deliveries – so it’s very much a family business.

“My wife has been at my side every step of the way – in fact, she helped me set the business up way back at the very beginning.”

Pappy’s soda recipe remains a carefully guarded secret – although the family has tweaked it a little bit, it still stays true to their mother’s original home-baked soda. 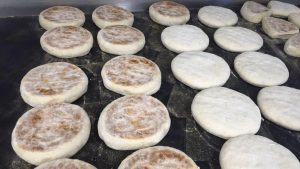 Candy crush: Belfast’s newest sweetie shop has them lining up