The petrol crisis will be one of the hottest topics at the latest Business Breakout session organised by the Petrol Retailers Association in Belfast on October 13.

The seminar is one of five one-day regional exhibitions, targeted at everybody involved in petrol retailing in the UK and making it easier for suppliers to meet buyers.

Speakers at the Crowne Plaza event will include companies presenting products and services that can improve business.

Members will hear from Edge Petrol, Henderson Technology and Eurotank, the last of which will be discussing robotic inspection of underground storage and tanks.

The event will also provide an opportunity for buyers to learn about current affairs affecting the industry, according to PTA executive director Gordon Balmer. 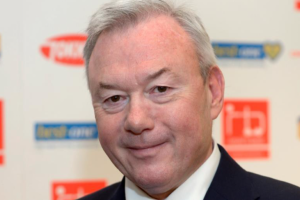 He says topics will include an update on the status of sites in Northern Ireland, issues with Stormont, the involvement of the Westminster government, an update on the Car Wash Association and the current petrol crisis in GB.

“We’ll be talking about the win we had on business rates – the extra month for forgoing business rates was only going to stores with a square meterage of 300 and that has been raised to 500. So many members would have benefited from that if they had larger-formatted stores,” Mr Balmer says.

But the hottest subject will be the headline-hitting question of fuel shortages across the water, a combination of lorry drive shortages and panic-buying, with the high density areas of London and the South-East hardest hit.

“There is no shortage of product – the issue is in the supply chain, the fact that there weren’t enough drivers to bring the product from the terminal,” Mr Balmer says.

The PTA survey on October 12 revealed that only 3% of fuel stations were now dry – 93% had both diesel and petrol supplies, while the remainder had one or the other, he says.

Measures the government has taken to offset the lack of lorry drivers have included trying to attract lorry drivers back to the UK by relaxing visa requirements and having military personnel ready to drive lorries.

To find out more about the Business Breakout, visit HERE.