Budget retailer Poundland is to roll out chilled and frozen sections in its Northern Ireland stores in the next few weeks.

The retailer has announced it will introduce chilled and frozen sections in around half its stores in Northern Ireland by the end of next month and has already trialled the new ranges in its Cookstown, Armagh and Lisnagelvin shops over the past six months.

Poundland said it will now roll it out into 13 more stores by the end of November. The retailer has around 33 stores in Northern Ireland and also owns the Dealz chain in the Republic.

Country manager Olivia McLoughlin told Neighbourhood Retailer that the budgeter will be rolling out its chilled and frozen offering into the Republic of Ireland in 2022 as well as trialling other new products, services and ranges. 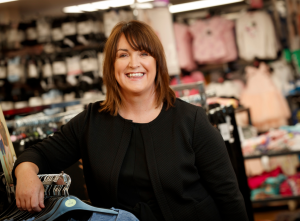 “From a frozen foods point of view we recently acquired the Fultons – they’re frozen food specialists who are helping power our rapid entry into that category.

The new ranges will include ready meals, pies and pizzas, as well as frozen desserts and ice-cream.

The chilled and frozen sections have already been installed in around 200 GB stores over the past two years. Poundland moved to acquire frozen food supplier Fulton Foods in October 2020.

Olivia McLoughlin has said that Poundland has already opened a number of stores across Ireland and more are in the pipeline.

“It’s not just about store openings, it’s also about the transformation of our offer for customers.”

The rollout is known as Project Diamond, and Poundland has described the £25 million investment in chilled and frozen as part of the biggest transformation in its 30-year history.

Olivia McLoughlin says that the chain never changed its pricing during the pandemic.

“While others in retail who maybe operate with a high/low strategy have removed promotions etc, we run on set pricing. This means we’ve been able to maintain our prices and offer great value to all of our customers which has been a great thing to be able to do during the pandemic.”

The company is also introducing its PEP&CO clothing and home ranges to stores that don’t already have them.

“We are also looking to move to towns where we know there is demand for us, We are looking at towns where we have a Dealz or Poundland store, but we don’t have PEP&CO,” she said.